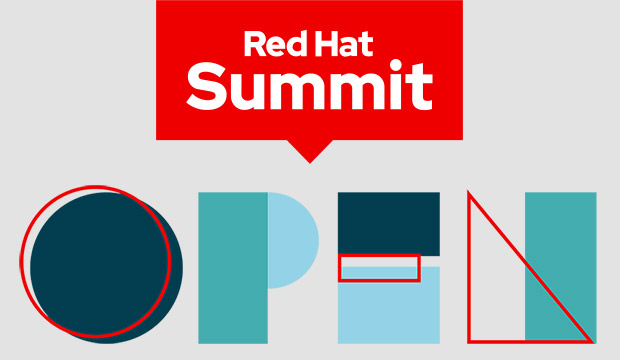 Red Hat on Wednesday concluded its April two-day Summit 2021 Virtual Experience with a hefty list of announcements and presentations by the company’s innovative customers driving the latest open-source technologies and trends.

Perhaps one of the event’s most significant announcements was Red Hat’s plan to deliver the first functionally safe, continuously certified Linux platform for vehicles.

The new Linux-based auto OS will be built from components of Red Hat Enterprise Linux in collaboration with exida. This operating system will be designed for continuous updates throughout its life cycle while still retaining crucial functional safety certifications.

This brings greater flexibility to the automotive software ecosystem, according to Red Hat. It will enable vehicle manufacturers and their partners to focus on innovative driving experiences without worrying about the underlying foundation, which will be developed and maintained by Red Hat.

Modern automobiles reimagine the customer driving experience, from the in-vehicle systems for safety and entertainment to the operation of the vehicle itself, according to Stefanie Chiras, senior vice president and general manager of Red Hat’s Enterprise Linux Business Unit.

“This evolution does not change the ever-present demand for greater reliability and functional safety, which extends to the software backbone of next-generation cars, all connected by edge computing and the open hybrid cloud,” Chiras said.

Current automotive software is often based on proprietary, limited, and unchanging components to mitigate risk and maintain a functionally safe and failure-tolerant platform.

Red Hat intends to add open innovation to automotive software while retaining a commitment to functional safety. This requires expertise in both implementations of more secure computing at scale and reliable Linux systems-building to automobile manufacturers.

To do this, Red Hat will work with exida to help prepare for ISO 26262 certification. This is an international standard governing the functional safety of electronic systems. The standard provides guidance on how all electronic systems in a vehicle, including software, should be developed and tested.

IT teams struggle with the complexities of managing across hybrid clouds using fragmented, siloed tools. Insights provide unified visibility across platforms. This enables teams to manage holistically instead of using disparate, cloud-specific tools.

Even the most customer-obsessed firms will not succeed if they have siloed practices for designing products, optimizing internal operations, and aligning resources and assets. Strategic portfolios that reflect products and value streams instead of disconnected projects help reduce cycle times, noted Forrester in a January 2021 report.

“Many IT executives aspire to include these data sources into a single platform, applying analytics to the data set,” Stephen Elliot, program vice president for management software and DevOps at IDC, said regarding the Insights expansion.

Red Hat announced at the virtual summit that it is donating $551.9 million in software subscriptions to Boston University. The funding will help drive innovation for several key open-source projects that form an open research cloud initiative, including the Mass Open Cloud (MOC).

Red Hat further announced a renewed and expanded commitment of $20 million to support research and deepen collaboration under the Red Hat Collaboratory at BU.

As hybrid cloud operations at scale become a key focus for organizations across industries, Red Hat noted that it is committed to providing resources to help deliver the next generation of innovation.

“Red Hat continues to be passionate about the work being done at Boston University to deliver impactful solutions with open, hybrid cloud technologies. By expanding our collaboration with BU, we can help advance the groundbreaking work on projects within the open research cloud initiative like the Mass Open Cloud,” said Paul Cormier, president and CEO of Red Hat.

By working together, Red Hat can help deliver the next generation of open-source technologies that solve real-world challenges as the industry moves to hybrid cloud as its preferred architecture and deployment model for the future, he added.

These services help mitigate the operational complexities of highly complex modern IT environments, without sacrificing developer productivity. The services provide a common set of capabilities across the full breadth of the open hybrid cloud and on multiple clouds, noted Red Hat.

“To take full advantage of the open hybrid cloud, IT leaders need to be able to use the technologies that they need in whatever IT footprint makes sense for them. Red Hat managed cloud services effectively drop barriers that have kept organizations from harnessing the full potential of the hybrid cloud,” said Matt Hicks, executive vice president for products and technologies at Red Hat.

“Red Hat Enterprise Linux, as the backbone for the Red Hat Edge initiative, provides this consistent, edge-native and intelligent platform to meet the dynamic demands of the hybrid cloud from bare-metal servers to the cloud to the edge,” she said.