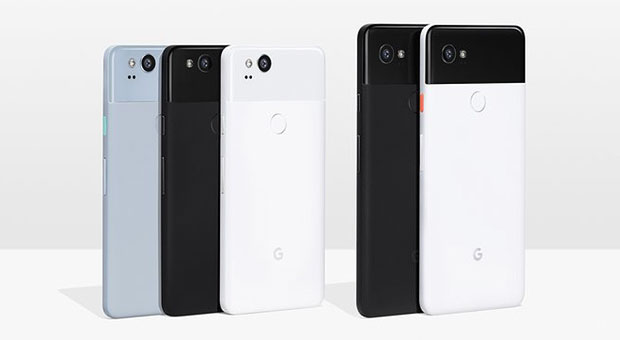 Complaints have been mounting over display and audio issues with Google’s Pixel 2 and Pixel 2 XL, launched just three weeks ago.

Consumers have reported a screen burn-in problem with the Pixel 2 XL, which refers to embedded functions leaving a ghost-like image on the display.

In addition to the Pixel 2 XL display issue, there have been numerous reports of high-pitched noises and strange clicking sounds occurring during calls on the Pixel 2.

“The demand for Pixel 2 and Pixel 2 XL has exceeded our expectations, and we’re thrilled with the positive reaction to our new phones, both from the reviewers who have tried and tested our devices thoroughly and from consumers who are switching to Pixel,” said Mario Queiroz, vice president, product management at Pixel. “We take all reports of issues very seriously, and our engineers investigate quickly.

The company will provide updates as soon as it has conclusive data, he said.

The Pixel 2 XL uses pOLED screens, which can display a leftover image when fixed backgrounds or pictures remain on them for a long period of time, said Rob Enderle, principal analyst at the Enderle Group.

Anyone who has a pOLED device “should be using active backgrounds and make sure no one image remains on the phone for an extended period of time,” he told TechNewsWorld.

“Some games do have fixed grids, suggesting long-time game players need to watch this as well,” Enderle added.

If the reports about the scope of the complaints turn out to be accurate, Google will face a major test in the marketplace, said Werner Goertz, research director for personal technologies at Gartner.

“I think it is a grave concern that these devices have been put into the market,” he told TechNewsWorld, though “certainly with excellent features on paper.”

Concern about Google’s ability to field a quality device has the potential to impact not only future sales, but also pending deals, Goertz said, including the US$1 billion agreement to acquire HTC’s smartphone business, announced last month.

“There are people who are going to speculate on the upcoming HTC integration,” he added. “People will argue maybe in anticipation of new design resources coming on board that maybe they overlooked that.”

Despite those concerns, Google has some inherent positives to fall back on, Goertz said, noting that the original Google Pixel did not have the same issues, suggesting that Google has its internal design capabilities in place.

It’s unlikely that the reported display issues will lead back to LG, he said, noting that it’s a company that typically knows what it is doing.

Although the complaints may dampen Pixel sales, Google will be able to absorb the blow, said Jim McGregor, principal analyst at Tirias Research.

“Apple and Samsung have both had major product defects and survived,” he told TechNewsWorld. “I’m sure Google will survive a product setback.”

Every major company faces product issues like this at some point, McGregor said, often the result of too-aggressive scheduling.

The Pixel 2 complaints come more than a year after Samsung went through a massive recall of its flagship Galaxy Note7 smartphones, which were the subject of a massive recall due to overheating batteries that exploded or caught fire.

Samsung ultimately halted production of the Note7 devices, because replacements were found to have similar problems.

Just over a month ago, iPhone and iPad users began reporting a host of problems with the upgraded iOS 11, the new mobile operating system from Apple. Consumers reported the new OS led to battery drainage issues, slow speeds, and problems with WiFi and Bluetooth.