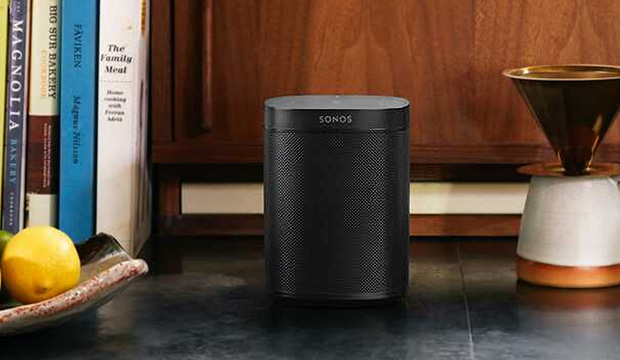 Subscription models have taken hold in everything from software to smartphones, and now Sonos is testing the idea in the premium wireless speaker market.

The Santa Barbara, California, company has launched a pilot program limited to 500 homes in the Netherlands, which allows consumers to gain access to Sonos hardware for as little as 15 euros (US$16.46) a month.

Sonos is offering subscriptions to its Flex program for 15, 25 and 50 euros a month.

For 15 euros, a subscriber gets two Sonos smart speakers (which sell for 458 euros at Sonos). The speakers can be paired or placed in different rooms.

A 25-euro subscription provides a Sonos Beam soundbar and two Sonos One speakers for TV audio — priced at 907 euros from Sonos.

For 50 euros a month, subscribers get a muscular home theater setup with a Playbar, Subwoofer and two Sonos One speakers — a bundle that Sonos sells for 2,026 euros.

The hardware comes in either black or white, and Sonos will replace any of the components automatically as new models are released. Subscriptions can be altered at any time, including canceling them.

“Sonos is managing to bring the same model to its hardware that a large proportion of their user base is already comfortable with when it comes to paying for digital music,” said Jonathan Collins, research director at ABI Research, a technology advisory company based in Oyster Bay, New York.

“Subscription services permeate the music experience, and adding subscriptions to Sonos’ offering promises to extend that to the speaker hardware too,” he told TechNewsWorld.

“Our research shows that upfront costs are a leading barrier to adoption of connected products, as nearly half of smart home device non-owners and non-intenders cite affordability as a reason for not buying one of these devices,” he told TechNewsWorld.

“Business model innovation that gives consumers the flexibility to acquire devices in a variety of payment methods will help eliminate barriers for some consumers and can ultimately drive further adoption of such products,” O’Dell said.

“It’s a way to broaden the market exposure and penetration of Sonos’ products beyond the audiophiles who are the company’s main clients,” said Charles King, principal analyst at Pund-IT, a technology advisory firm in Hayward, California.

The Flex program should be particularly attractive to younger and more mobile consumers, suggested O’Dell.

“Such business model innovation is likely to appeal to younger consumers who desire the latest technologies without incurring high upfront costs,” he said.

“This service will also be appealing to those consumers who move frequently but want to maintain the same lifestyle without the burden of installing and uninstalling such devices after each move,” O’Dell pointed out.

While the Flex program is one way to offset high acquisition costs, it may not be the best deal for consumers, especially if they maintain their subscription over a long period of time.

“Solutions such as Vivint’s Flex Pay, where monthly fees are applied to eventual ownership, will be more appealing to mindful consumers,” O’Dell said.

“I’ve heard others float the idea of doing that with home appliances,” he told TechNewsWorld. “It lowers the barrier to entry and may be a way to collect data about your customers.”

It’s also part of a trend in the home market.

“Companies are trying to find a way to interact with consumers on a more regular basis and provide additional services,” Kozak said.

Flex lowers the barrier to entering the Sonos universe.

“Since the contract can be canceled at any time, it’s an easy way to try out Sonos’ products,” Pund-IT’s King said, “and if you’re an audiophile who wants to have the latest and greatest gear, it’s cheaper than upgrading your Sonos equipment every couple of years.”

“It may provide potential for bundles of streaming services with the speakers as a single package from the company or its partners,” he said.

What’s more, “it lessens consumer doubt about investing in technology that may become obsolete — or at least limited in functionality compared to newer versions.”

Everything is not rosy for consumers, though.

“Lke any rental, you could end up paying more for the speakers than if you bought them,” noted Rob Enderle, principal analyst at theEnderle Group, an advisory services firm in Bend, Oregon.

“There are also issues with extra charges if the speakers are damaged, and the probability that you will be getting used speakers that others have rented,” he told TechNewsWorld.

“Sonos doesn’t usually come out with a ton of new products. They’re not like Amazon, who just launched about 25 new products, IHS’ Kozak said.

“When you get a new phone every one or two years, there’s quite a few changes, but changes made to a speaker on an annual basis are going to be limited,” he added.

There are some drawbacks for Sonos, too.

A subscriber would need to rent equipment for two-and-a-half to three years for the Flex program to be profitable for Sonos, Kozak estimated.

“They’re going to pile up an incredible amount of debt by giving out this hardware,” Kozak said.

“Alarm companies have billions of dollars in debt because they subsidize and give away the hardware up front, but they lock you into a two-year contract, so they’re guaranteed to make a profit,” he continued. “That’s why I think the final Flex program will require a contract.”

Of course, there’s always the problem of bad actors. “You have to deal with people that don’t pay their rental fees, who trash or don’t return the speakers,” Enderle said. “That’s why rental programs with electronics have largely failed in the past, due to the costs associated with bad renters.”