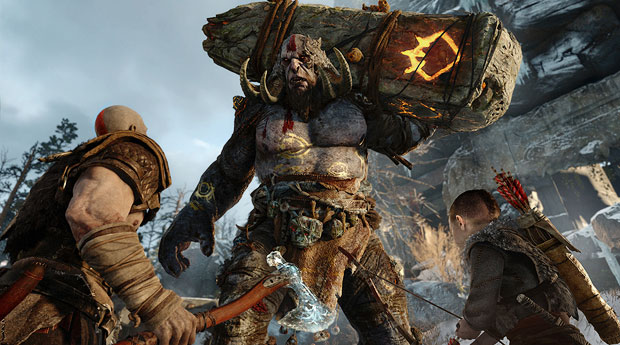 Sony on Monday announced its new game lineup for the year at the Electronic Entertainment Expo at the Los Angeles Convention Center.

“We have just concluded the PlayStation E3 Press Conference for 2016 and if ever there was a year dedicated to thrilling entertainment experiences, this is it,” noted Shawn Layden, president of Sony Interactive Entertainment.

Sony announced new titles not only for PlayStation 4, but also for its virtual reality brother, the PS4 VR, which will be available in North America in October.

New games for the PS4 include Days Gone from the SIE Bend Studio, the new Spider-Man from Insomniac Games, God of War from SIE Santa Monica Studio, Death Stranding from Kojima Productions and Resident Evil 7 Biohazard from Capcom.

The announcement that God of War is in the pipeline is welcome news to PS4 fans, noted Lewis Ward, research director for gaming at IDC.

“People have been looking forward to God of War on the PS4,” he told TechNewsWorld. “That’s a tentpole title that Sony can get a lot of mileage out of.”

An old favorite, Crash Bandicoot, is coming to the PS4 in three remastered games — Crash 1, Crash 2 and Warped. Also on the horizon is Infinite Warfare, the latest in the Call of Duty franchise.

“We have expected for a while that Sony will come forward with more VR titles as they approach the start of device sales in October this year,” said Brian Blau, a research director at Gartner.

“The latest round of announcements had some titles from popular game franchises, and overall they will have a small but solid group of VR launch titles, ” he told TechNewsWorld.

A strong lineup of VR games will be important to the success of the PS4 VR, IDC’s Ward noted. “There is still some question about how strong demand will be. It depends, partly, on the strength of the final games lineup.”

While there are already VR products in the market, Sony has an edge over them, according to Ward.

“Oculus Rift and HTC Vive are already commercially available so Sony is late to market in a relative sense, but at (US)$400, Sony’s peripheral is more affordable than their competitors,” he pointed out.

“It also has a lot of retail muscle, so it can have millions of units in stores worldwide when it launches the PS4 VR in October,” Ward added. “Its competitors are still struggling to get their supply chains ironed out.”

Sony could benefit from a pent-up demand for VR games.

“A lot of enthusiasts are looking forward to the PS4 VR, so it should be a hit during the holiday season,” noted Brett L. Sappington, director of research at Parks Associates.

Sony’s VR offering also has the potential to bring some PC gamers back into the fold.

“The console market has started losing out to computer-based game play. Computer games are on the ascendance and console sales have been flagging,” Sappington told TechNewsWorld.

“PC-based VR takes a real beefy computer so there’s a good chance the console will take the early lead in the VR world,” he said.

The gaming console market has been in decline in recent times, but Sony has been doing better than its major competitor Microsoft overall, Sappington said.

“Xbox has been struggling. Microsoft used to give us numbers all the time for Xbox. Over the past year, they’ve stopped doing that. You always know when there’s trouble when they stop giving you numbers,” he remarked.

Sony and Microsoft are fairly even in sales and penetration in the United States, Sony clearly outstrips Xbox worldwide, said Sappington. “Sony has done a better job of marketing … because they’re marketing their console to hard core gamers, while Microsoft has been marketing Xbox as a multimedia device as well as a console.”