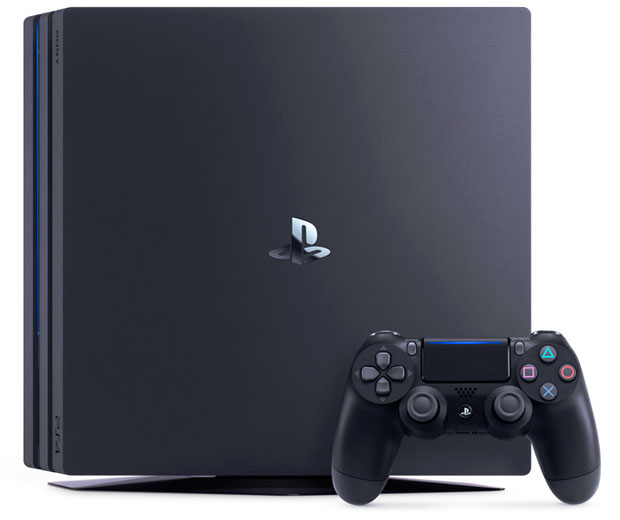 Some developers will add PS4 Pro support to existing games, as well as upcoming releases. Sony’s own Uncharted 4 can be updated to take advantage of the 4K/HDR support immediately. Other titles — including Call of Duty: Infinite Wars, Horizon: Zero Dawn, Mass Effect: Andromeda and Days Gone — will provide support at their respective launches.

Gamers who don’t have HDTVs that offer either 4K or HDR still can benefit from the PS4 Pro’s higher frame rate.

The PS4 Pro will support for Netflix’s and YouTube’s upcoming 4K apps, which will be available in the coming months.

In addition to the high-end PS4 Pro, Sony introduced a new standard version of the PlayStation 4. It is externally smaller and weighs less than the original PS4, but its new hardware design reduces power consumption by 28 percent. It is otherwise the same as the PS4 launched in late 2013.

Support for 4K and HDR may mean a more powerful gaming system, but adoption of TV sets that are capable of utilizing those features is still in its infancy. Sony’s PS4 Pro, in a sense, has future-proofed the console.

“The PS4 Pro is designed to appeal to a high-end consumer, and in the same way that you have high-end gaming PCs, you can expect to have an audience of console gamers who want more from the PS4,” noted Scott Steinberg, principal analyst at TechSavvy Global.

“Not everyone will take advantage of these new features in the next month or two, but the system will be there and be ready for when the market gets there,” he told TechNewsWorld. “This way Sony will have a system that can take advantages of a consumer’s next TV as well as their current one.”

Sony is hedging its bets with the two offerins.

“The PS4 Pro is really a ‘.5’ upgrade, which adds features, but the major hitch is going to be selling to someone who already has the system and doesn’t have a 4K TV right now,” observed independent video game industry analyst Billy Pidgeon.

However, “the advanced features could possibly entice those with an Xbox One to make the switch,” he told TechNewsWorld.

Further, “Sony is also smart to offer the cheaper slimmed-down version as another way to pull in those who haven’t bought a PS4 in any form yet,” Pidgeon said.

“The danger still remains that hardware upgrades can cut out the largest part of your install base in the process, so Sony and the game developers will have to be careful not to make it seem like early adopters are left behind” he cautioned.

“Some console gamers will always want the best stuff, and if they have the money then they’ll buy the system again,” Pidgeon said, noting that a similar strategy sustained the PC hardware market at one time. “The question remains, how big is that market?”

Updating the technology in a video game console was not so easy with past systems.

“Today’s consoles use less proprietary technology compared to older generations and are more like PCs,” remarked IHS Markit’s Harding-Rolls. “This makes it easier and quick to develop and build improved versions.”

Microsoft already has fired its own salvo, with the introduction of the Xbox One S, which offers 4K video and HDR support, as well as a 4K/UHD Blu-ray drive.

Microsoft reportedly also is working on another version that will be capable of running 4K-native games expected early next year.

The companies’ new strategies could be to extend the lives of their respective systems through these types of updates, rather than introducing completely new systems.