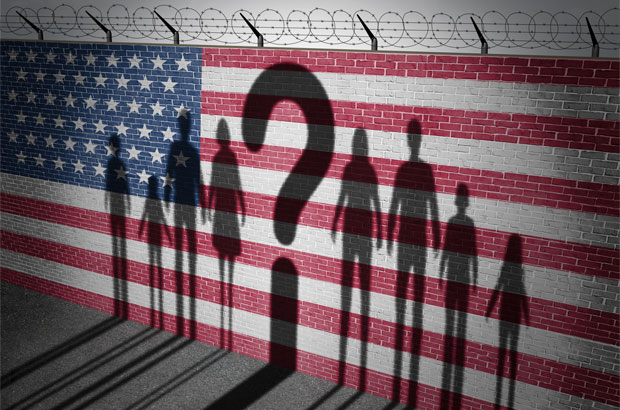 Uber CEO Travis Kalanick on Thursday resigned from President Trump’s business advisory council amid fierce blowback against the president’s recent executive order on immigration, and in the wake of reports that several major Silicon Valley firms, including Facebook, Apple, Microsoft and Google, have been circulating a draft letter opposing Trump’s action.

Kalanick said he no longer would participate in the council after consumers railed against Uber for continuing to operate at John F. Kennedy International Airport over the weekend. The Taxi Workers Alliance in New York had gone on strike, refusing to pick up fares at the airport, to protest Trump’s executive order on refugee resettlement and travel from seven predominantly Muslim nations.

“Earlier today I spoke briefly with the President about the immigration executive order and its issues for our community,” Kalanick wrote in a memo to employees. “I also let him know that I would not be able to participate on his economic council. Joining the group was not meant to be an endorsement of the President or his agenda, but unfortunately it has been misinterpreted to be exactly that.”

In the memo, Kalanick said he was proud to work with Thuan Pham, Uber’s CTO, and Emil Michael, the company’s senior vice president of business, both of whom are refugees who “came here to build a better life for themselves.”

A number of major tech players have been contemplating the publication of an open letter protesting not only Trump’s so-called Muslim ban, but also other proposed changes that they fear could damage their companies’ ability to conduct business around the world, according to published reports.

The draft letter, first reported by ReCode and Bloomberg News, calls on the Trump administration to reconsider several key policies in addition to the halt in refugee resettlement into the U.S.

The letter also urges the administration to reconsider its policies with regard to Dreamers — that is, children of illegal immigrants who face deportation and the breakup of their families, a group that President Obama wanted to protect.

The Silicon Valley leaders’ concerns go to the heart of the ability of their firms to recruit staff and conduct business. Many of their top executives, as well as professional programmers and engineers, have been recruited from Asia, the Middle East, and other parts of the world that are impacted directly by the Trump administration’s recent and proposed executive orders.

Thousands of Silicon Valley professionals work under H-1B visas that allow highly skilled foreigners to remain in the U.S. as long as they continue to work for the companies that recruited them.

After Trump signed the immigration ban, it was not only foreigners attempting to reach the U.S. for the first time who were impacted. Visa holders who were traveling overseas on business also were caught up in the chaos.

More than half of the billion-dollar startups in the U.S. were launched by immigrants, and 70 percent of those unicorn companies have immigrants as key members of their management or product development teams, he told TechNewsWorld.

It’s unlikely that the Trump administration will back down on the immigration issue, despite the concerns raised by the technology industry in the draft letter that’s been circulating, according to Rob Enderle, principal analyst at the Enderle Group.

“I doubt it,” he told TechNewsWorld, as “the president is pretty set on his plan, and it was a key campaign promise.”

It such an open letter were published, it might upset Trump to the point where he would rescind his pledge to help the technology industry by cutting back on government regulations, Enderle feared.

It’s doubtful the letter tech leaders reportedly are signing would have any effect on the president’s opinion or his executive order, suggested Charles Kind, principal analyst at Pund-IT.

“In the first two weeks of his administration, Trump has shown himself to be willful, combative and quick to take offense — none of which are qualities one associates with a desire to seek compromise,” he told TechNewsWorld.

That said, “simply writing the letter could be as important for tech companies as finding a way to get through to the administration,” King continued.

“The fact is that the impact of the executive order on Silicon Valley’s employment of foreign-born engineers is just one of the elements in play here. More important will be the effect that Trump’s unilateral actions and ‘America first’ intentions have on foreign markets, many of which are crucial to the current and future health of U.S. tech companies,” he explained.

“If Mr. Trump sparks crises,” said King, “including trade wars with formerly friendly allies — and it seems likely that he will — the immigration letter signers’ willingness to confront the president could help them maintain their good standing with trusted partners and customers who are otherwise threatened by the administration’s policies.”