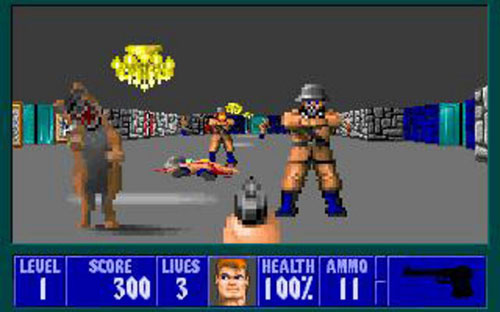 Unlike movies and music, video games aren't systematically archived and preserved. However, many older games, even from the DOS era, can be played via DOSBox, a free open source software emulator. It makes many older DOS games somewhat accessible to a new generation of gamers. It was even used to update the original Wolfenstein 3D and Commander Keen for release on Steam.

Fuel Industries last year sought to find the long-rumored cache of buried E.T. theExtra-Terrestrial video games. The games, made for the Atari 2600, long have been linkedto the video game industry’s crash in the early 1980s. 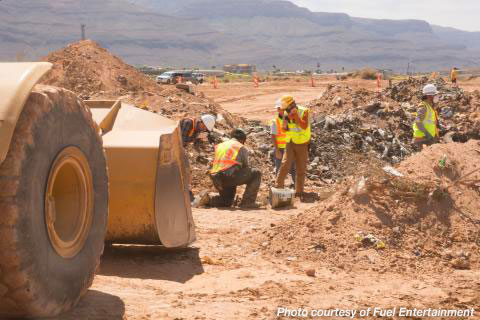 Surplus copies of E.T. The Extra-Terrestrial — a notoriously bad gaming experience –were dumped in a landfill after failing to sell at retail. By burying its shame, Atari hoped to wipe the title from the gaming community’s collective consciousness. 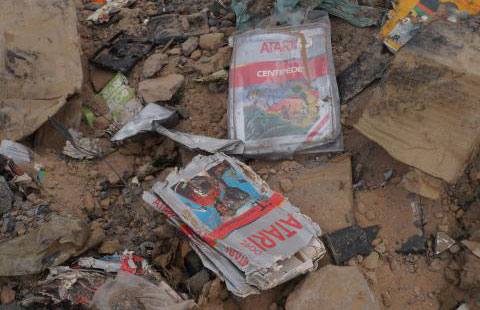 Some of the Atari E.T. Cartridges Found at Dig in Alamogordo, New Mexico (Photo: taylorhatmaker; CC-BY-2.0 via Wikimedia Commons.)

Many other games have been forgotten, though, with a lot less effort.

The mere passage of time has left many games all but mere memories,yet even those fondly remembered are often practically unplayable.Classic games from the early arcade days such as Pac-Man andDonkey Kong have been reissued for a new generation of gamers, but manygames from less popular franchises have been relegated to oblivion.

This is quite a contrast to movies and music. Those industrieshave reaped rewards from releasing old titles on new media.The movie industry continues to find value in old films, while themusic industry is practically supported by recordings in thevaults.

With video games, however, it is very much a case of the next big thingbeing all that matters. Yesterday’s games are simply old news — there’slittle value in reissues.

When it comes to console systems, it isn’t hard to see why oldgames are often unplayable. To play an original Atari 2600 game wouldrequire the gamer to have a working Atari 2600. Many times thoseoriginal systems stop working long before the games are unplayable.Companies like Atari sometimes find it profitable to introducenew versions of the classic consoles, complete with built-in librariesfor third-party game studios, but there is no other way for those titles tobe reintroduced.

Video gamers flock to next-generation systems — now developed by Nintendo,Sony and Microsoft, but by Sega and Atari before them. The manufacturers promote the migration, hyping the features of the new consoles.

The new consoles routinely offer better graphics and other improvements. There’s a lack ofincentive to bring old stuff to the new hardware — especially as it likely won’t move the needle for the new system hardware sales.

Without the old systems, the games are unplayable, and with each passingyear there are fewer of the original old systems out there.

“Unfortunately, hardware degrades, plastic rots, metal rusts,batteries die — and before we know it, some games, at least in theirpurest form, will be extinct,” said Jon Gibson, co-curator of Iam8bit.

“It’s simply impossible to create a scenario, even under the mostperfect of environments, where technology doesn’t become defunct,”he told TechNewsWorld.

Occasionally, older games are released on new consoles as some sort of blast-from-the-past roundup,yet even those collections are few and far between, due to a variety of issues. 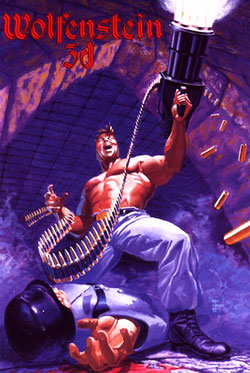 “The issues are generally a number of things — from who owns the licenseto how much it costs, and whether there is any money to market theresult,” said Rob Enderle, principal analyst at the Enderle Group.

“Microsoft had a set of these games they used to sell for cheap on theXbox — but it was clear that after the first time, it just didn’t seem tobe worth the trouble to port and support them, given folks thought theresult should be really, really cheap,” he told TechNewsWorld.

“Every few years, someone typically does find a way to bundle a few ofthese up, but the increasingly older folks that might be initiallyattracted to them aren’t exactly the prime audience for the newer gamesystems,” Enderle pointed out, “so we should expect these will be increasingly less frequent.”

One option with older games is to utilize a software emulator.There are a number of such options on the PC, including browser-basedones that can provide the authentic look and sounds of old games. For hardcore fans, though, it might feel as if you really can’t go home again.

“Emulation, while a natural go-to, isn’t authentic to the sourcematerial,” he noted.

An emulated game can look right and sound right, butfor the fans who knew the original, it likely doesn’t play the same.

“The consoles and controllers that games are played on are just asintegral to the experience as the game itself,” Gibson pointed out.

Computer Games Are Lost Too

Although consoles are especially susceptibleto the ravages of time, the preservation issue for PC games is justas complex because of incompatibility with operating systems.

Gamers may save their old console systems, even if they end up collecting dust in the closet, but when it comes to PCs, each new software update leaves some old games behind. The first notable loss occurred when Microsoft introduced Windows 95, renderingmany DOS-based games unplayable. With each subsequent release ofWindows, older software titles fell by the wayside.

Of course, this doesn’t even take into account all of the computergames developed for non-PC systems in the 1980s — such as the Commodore64 and Atari ST computer systems. Emulators for those systems and others exist, but the issue is successfully porting original titles from the old computers.

Many publishers have gone out of business, leavingsome once-hot game franchises exist in limbo. Publishers thatare still around may frown upon their properties being emulated — creating legal headaches for those trying to preserve the old games.

“Technology is always moving on. It’s a miracle we get to play thesePC titles unhindered for as long as we do,” said video game industryanalyst George Chronis, industry analyst with DFC Intelligence.

“The industry can’t be faulted here,” he told TechNewsWorld.”There is no financial incentive to … update anddistribute low-volume catalog PC titles.”

For PC games, at least, there is hope. Many recent classic titles –those released in the past dozen years — have found homes on Valve’sSteam and via digital distribution platform GOG.com.

Many older games, even from the DOS era, can be played via DOSBox, the free softwareemulator distributed under the GNU General Public License. It makesmany older DOS games somewhat accessible to a new generation ofgamers, and was even used by id Software to update the originalWolfenstein 3D and Commander Keen for release on Steam.

Other publishers, including LucasArts and Activision, also have brought out old games, making them available on Steam or GOG.com.

“There is a perfect partner in GOG.com,” added Chronis. “It does afantastic job of making old games playable on new systems atreasonable prices to the consumer.”

The question still remains why there is so much effort to preserve oldmovies and music, whereas games aren’t treated with the same respectfor their artistic merits. It could be due to the fact that with games,the best we can do is emulate the past.

“Music is still music, whether you play it on a Walkman or a recordplayer,” noted Iam8bit’s Gibson.

“You can record the purest form of music and infinitely replicate itwithout any quality degradation. It can be preserveddigitally without dependence on hardware,” he noted.

“Consoles and controllers alter the experience of games toodramatically to dismiss them as separate from the game itself,” Gibson said. “Theyare one and the same, whereas a song can still be enjoyed, quiteauthentically, be it on tape or vinyl.”