Will Apple’s Next iPhone Capture DSLR Quality With 2 Lenses? 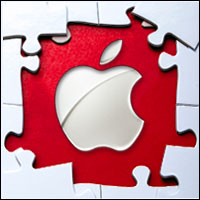 The Apple rumor mill never stops spinning, and even though the iPhone 6 is barely here and the next version ages away, the most interesting rumor is the chance that the next iPhone will make a huge leap forward with its camera — possibly using two lenses to produce DSLR-quality images.

The rumor comes from John Gruber of Daring Fireball via an episode of The Talk Show podcast. Gruber is a well-connected Apple-focused commentator and is highly respected in the Apple ecosystem. He usually measures his words carefully and isn’t known to make wild predictions.

He made a joke in August, in a short post about Apple announcing its “wrist wearable thing” in September, as a way to poke fun at Motorola’s “flat-tire display shape” for its own smartwatch, which sparked a flurry of coverage claiming that Apple would reveal its watch in September. Gruber’s phrasing could have been read to indicate knowledge of the matter, but Gruber quickly clarified that it was all just a joke.

Either way, Apple revealed its Apple Watch in September.

The point is, Gruber has to be aware that his comments — even those in a podcast — have the power to spread fast.

Most of the rumor coverage so far has quoted just this basic statement:

“The specific thing I heard is that next year’s camera might be the biggest camera jump ever. I don’t even know what sense this makes, but I’ve heard that it’s some kind of weird two-lens system where like the back camera uses two lenses and … somehow takes it up into SLR quality imagery.”

But in the podcast, Gruber actually precedes the comment with a qualifying point: “I heard a rumor of a rumor from a birdie who knows a birdie … .”

He also clarifies that the rumor “can’t really mean SLR quality” because cameras with larger sensors and bigger lenses are going to be able to produce better quality photos, simply because capturing light and turning it into an image involves the laws of physics. So he elaborated by noting that the new camera won’t best an SLR at a technical level, but it should be a big, practical leap for most consumers.

Not 1st but Maybe Best?

While some coverage of this rumor has taken the notion of SLR/DSLR quality literally, Gruber himself backed away from a technical comparison. The conversation focused on the chance that Gruber — and other iPhone users — would upgrade to the next iPhone “early” just to get this new camera.

The iPhone is the world’s most popular camera, and many smartphone users have stopped packing around dedicated cameras. A leap forward in the ability of the iPhone camera to zoom or capture objects in motion without blurring could be enough to spark a few million people to upgrade their iPhone 6 to a “6s,” certainly. If true, at the very least an otherwise ho-hum incremental upgrade for the rest of the iPhone still could result in excellent sales for Apple.

As it turns out, Apple isn’t the first smartphone manufacturer to consider using two lenses — HTC has already done it: The HTC One M8 has a dual-camera system for better depth sensing, letting you change the focus even after you snap a photo.

Plus, Corephotonics has developed a dual-lens system that uses two different focal length, which significantly improves a smartphone’s ability to zoom and produce a clear image. There is no indication that Apple is using Corephotonics, but the company’s tech seems to be a leap forward.

Then there’s the full-size Lytro Illium, with its light field sensor system that lets you create gorgeous images that also let you change the focus after a photo is taken.

The point is, there is a lot of nontraditional photography innovation going on right now that is catching up with or exceeding the versatility of a DSLR — while not besting a DSLR for certain types of photography. A dual-camera system on an iPhone isn’t much of a leap of faith.

As is often typical with Gruber’s Daring Fireball notes, he doesn’t elaborate.

What It All Means

Obviously, Apple will improve its camera in the next iPhone, maybe with its biggest appreciable leap ever — likely accomplished with Sony’s stacked CMOS imaging sensor system.