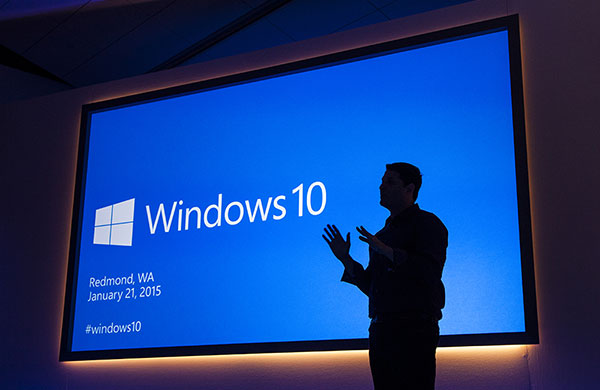 FalloutBos had started downloading Windows 10 onto his computer the night before, and it seems the new OS reached down into his “My Pictures” folder and created a slideshow.

That incident raised howls of laughter, but it points to one of the problems early users of Microsoft’s new OS have reported.

Complaints began surfacing with the release of Windows 10 Preview, but many suspended judgment on the grounds that the OS was still in testing, and the kinks were being worked out.

Their continuation after Microsoft began rolling out the production release is grounds for concern, suggested Mike Jude, a research manager with Frost & Sullivan.

“This is Microsoft’s last chance to remain relevant in the desktop space,” he told TechNewsWorld. “If Microsoft wants to become a niche player, screwing around with this operating system is a good way to do it.”

Glitches are commonplace in the early days of a massive general software release.

“I think Windows 10, like any major new product, is having some teething problems, which I believe will be sorted out quickly,” said Al Hilwa, a program director at IDC.

“In many ways, this is a test of the new, agile Microsoft, which has successfully externalized much of its beta testing processes through the Insider program,” he told TechNewsWorld.

However, the criticisms aren’t limited to angst over technical issues.

Privacy-minded users have complained about the huge amount of personal data the OS gathers and sends to Microsoft.

Users who click “Express Settings” during installation apparently give Windows 10 permission to access their contacts, calendar details, text and touch input, location data and other information, which it sends to Microsoft.

The company uses the information for personalization and targeted ads.

Sharing such data, especially keystroke logs, is a potential hazard, according to Jude, and it raises the question of whether it will be safe to conduct online banking on a Windows 10 PC, for instance.

“Many of the things I do on my desktop must be secure,” Jude said. “I don’t want somebody to look over my shoulder as I use my PC, or as I write something, which is what Google’s doing with Google Docs — you write a story on donuts and you get served up donut ads while you’re writing.”

Privacy “is going to be a major differentiator,” Jude said. “People get really tense about it.”

Microsoft has removed the DVD player in Windows 10, and it requires users to pay US$15 to download its DVD app.

That has aroused some anger — but to be fair, Macs haven’t had a CD or DVD drive for some time, and its users don’t seem particularly put out.

Further, “now a lot of stuff is cloud-based, so do you really care what’s on your desktop, so long as your browser works?” Jude asked. Streaming content seems the way to go these days.

Mozilla is hot under the collar about Windows 10 not playing nicely with the Firefox browser, and CEO Chris Beard sent Microsoft CEO Satya Nadella an open letter complaining about it.

However, setting Microsoft’s new Edge as the default browser really isn’t a departure from what Microsoft has done in the past with Internet Explorer, which nevertheless fell out of favor and lost its dominant position.

Installing Windows 10 doesn’t uninstall third-party apps, including browsers, so for users who want to keep using Firefox, Chrome or any other browser, it’s just a matter of manually selecting a preference.