Zynga Pulls Out the Glue Gun 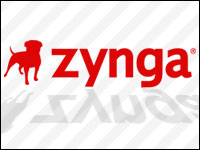 Zynga made a number of announcements at its Unleashed event in San Francisco Tuesday, most of them aimed at the same goal: making its services “stickier” to its players.

“Loyalty is pretty low and churn rates are pretty high,” he continued.

What Zynga showed in its announcements, he said, is that it’s trying to expand its portfolio and introduce more hit games to maintain interest in its titles and services and grow its community.

“It’s trying to create stickier experiences that’ll keep players coming back for longer and have them more involved,” he explained.

At Unleashed, Zynga announced new additions to its “Ville” game line. “The Ville,” available now, allows players to build a house of their dreams and share it with their friends. “ChefVille,” online soon, gives players their own four-star kitchen where they can create appetizing dishes virtually and later in their own homes.

Other additions included a new casino game, “Zynga Elite Slots,” expected to be online soon, and an update to its arcade game, Ruby Blast, which was launched last week.

Zynga also pulled the wraps off a number of community and developer initiatives. It demonstrated its Zynga Friends Network, a social network for players of the company’s games. It includes features such as chat and multiplayer, or synchronous, gaming.

The introduction of multiplayer gaming is very interesting, according to Pietro Macchiarella, an analyst with Park Associates. Up to now, Zynga games have been asynchronous — a player plays them at their leisure without regard for other players, he explained.

“Now Zynga can afford to have synchronous games because it has such a huge user base that it always have some players online,” he told TechNewsWorld.

It’s estimated that Zynga has 292 million users, 65 million of them using the service on a daily basis.

Multiplayer games also tend to be sticky attractions, added Steinberg. “Multiplayer connectivity better keeps players in games because there’s a bigger a sense of community and persistency around those games,” he said.

On the developer front, Zynga announced a new API layer, which it will be making available to third-party developers, and its Zynga Partners for Mobile program, designed to give mobile game developers an opportunity to use the company’s platform to obtain an audience for their offerings.

New platform partners were also revealed by Zynga. They include 50 Cubes, Majesco and Portalarium, who are joining in the Zynga fold.

While publicly effusive about its relationships with third party developers, it remains to be seen how they work in reality, according to R.W. Baird analyst Colin Sebastian. “There’s a channel conflict there,” he told TechNewsWorld.

“I wouldn’t count on the third-party platform part of the story as really driving their business,” he said.

Nevertheless, Zynga could be a great resource for game developers, maintained Steinberg. “Zynga is a major player in social games and has the ability to activate tens of millions of users,” he observed. “If it’s able to bring some of that weight to bear for partners, then it could be a tremendously beneficial and successful partnership for those partners.”

A key challenge to any social game maker these days is discovery, he explained. “You can have the greatest game in the world but if no one knows it exists, then it’s utterly worthless.”

“With so few opportunities on mobile and social to publicize yourself,” he continued, “having the weight of Zynga behind you may be very effective.”

“At the end of the day, though, developers don’t want to cede their IP; they want to cede as little as their user base as possible,” he added.