Call of Duty WWII Kicks Off Holiday Season With a Bang 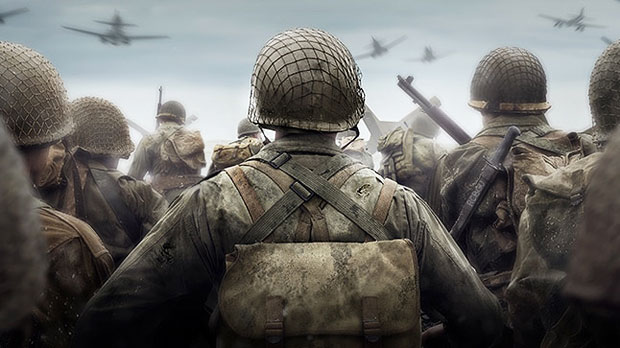 Activision’s Call of Duty WWII became available on Friday, and the title made its long-awaited debut with a splash, kicking off what is expected to be a robust holiday season for the gaming industry.

The most anticipated multiplatform title of the season, based on the Nielsen Game Rank, Call of Duty WWII latest installment reaches back to the iconic gaming franchise’s origins. It offers fans an immersive and educational experience, creating a true-to-life simulation of America’s 1st Infantry Division storming the beaches of Normandy alongside British and other allied forces to liberate France from the Nazi regime.

The latest installment provides a new level of excitement with several key features added to the multiplayer experience.

“Our teams at Sledgehammer and Raven not only captured the epic scale and authentic atmosphere of the most brutal war ever fought, they also brought a hell of a lot of innovations,Activision CEO Eric Hirshberg said. “From a whole new way to play multiplayer with War Mode, to a new social space with Headquarters, to a jump-out-of-your-chair scary Nazi Zombies mode.”

Call of Duty WWII already has energized the multiplayer community, as the Call of Duty World League has more than US$4.2 million in prize money, the largest pot of gold since Call of Duty entered e-sports competitions.

Electronics superstore Best Buy opened about 600 stores around the country at midnight Eastern Time (9 p.m. on the West coast) in order to let customers experience the new title as soon as possible, according to spokesperson Shane Kitzman.

The store does not comment on sales figures, he said.

Call of Duty WWII is likely to be the top-selling game in the U.S. during the fourth quarter, with packaged retail sales growth running 25 percent above 2016 release Call of Duty: Infinite Warfare, said NPD Group analyst Mat Piscatella. Digital sales likely will top year-ago sales of the previous title.

“Call of Duty has been a market mover for years, and I expect CoD WWII to be no different,” he told TechNewsWorld.

Although the new title probably will not surpass overall sales of some other CoD titles, it’s likely to reinvigorate the brand considerably, Piscatella said.

The new Call of Duty will do slightly better than last year’s Call of Duty title, predicted Steve Bailey, an analyst at IHS Markit.

However, any uptick in sales will be tempered by the sheer level of competition in the marketplace from both a shooter and online-multiplayer perspective, he told TechNewsWorld.

“Moreover, the commercial landscape is now so complex and continuous that initial sales figures are becoming a less valuable indicator of long-term success,” Bailey added.

As time moves on, the game’s fit as an e-sports title and the title’s ability to monetize existing users without discouraging them will be closely watched in the modern, service-driven marketplace.

“I think the hype is largely driven by the anticipation of change,” said Karol Severin, analyst at Midia Research.

“More concretely, it’s about going back to the old days and further improving on experiences that made the franchise in the first place, while utilizing new social aspects and capabilities,” he told TechNewsWorld.

Call of Duty achieves this in a couple of ways, Severin explained. First, it goes back to the World War II setting. Second, it adds the new War mode, allowing players to work together through a series of mini objectives to complete a wider mission, which is similar to the single player experiences in the original Call of Duty and Call of Duty 2.

This time around, the game is geared toward the multiplayer experience, and promises to improve it through the Headquarters hub, which provides better interaction by showing off players’ trophies and allowing competition in various disciplines, noted Severin.

All of these changes and other improvements to the game experience, he said, will re-engage players who haven’t bought a new CoD in a while, while retaining hard-core fans.