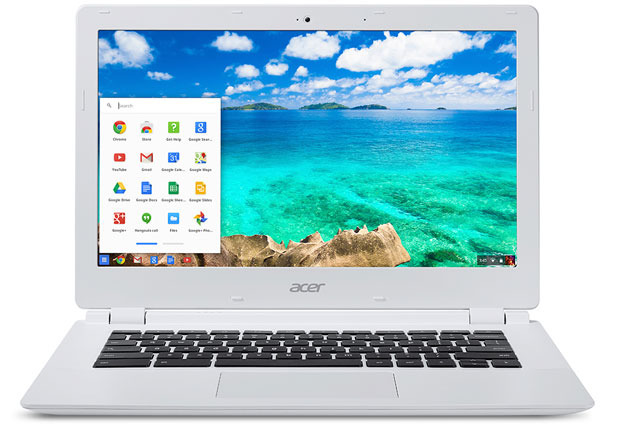 Either way, the Chromebook 13 boots up in less than 10 seconds and resumes nearly instantly from sleep mode, Acer said.

“The primary target for this product is families and students,” Lisa Emard, an Acer spokesperson, told TechNewsWorld.

Chromebooks have been selling relatively well compared to the rest of the PC market, Bob O’Donnell, founder and chief analyst at TECHnalysis Research, told TechNewsWorld.

Indeed, new research released by Gartner on Monday conveys much the same message.

Sales of Chromebooks will reach 5.2 million units in 2014, Gartner predicted, representing a 79 percent increase from 2013. Chromebook sales will nearly triple to reach 14.4 million units by 2017.

“Competition in the Chromebook market is intensifying as more vendors launch Chromebooks, with eight models in the market in 2014,” said Isabelle Durand, principal analyst at Gartner.

“Now that the PC market is no longer growing strongly, vendors are searching for new business opportunities. They launched Chromebooks to revive interest in sub-$300 portable PCs once the netbook bubble had burst,” she observed.

With a 21.4 percent share of the Chromebook market in 2013, Acer focuses on price-sensitive customers, according to Gartner.

Much of the success of the Chromebook category so far has stemmed from strong demand in the U.S. educational marketplace, TECHnalysis’ O’Donnell said.

“A lot of schools are finding that tablets, while great for a lot of things, are not the do-all and end-all many people hoped they would be, so they’re reverting back to clamshell form factors,” he noted. “It’s kind of like netbooks all over again.”

Acer’s new entry, meanwhile, is “an interesting one because it has the K1, giving it great battery life,” he pointed out.

The Chromebook’s success in education aside, retail and e-commerce are a different matter, Jeff Orr, a senior practice director at ABI Research, told TechNewsWorld. Perhaps most notably, the latter markets tend to be dominated by fourth-quarter sales, he pointed out.

In any case, ABI predicts Chromebook sales of 3.3 million worldwide this year, with some 78 percent of those in North America, Orr said.

Whereas the overwhelming majority of Chromebooks use Intel processors, Acer’s choice of Nvidia’s chip instead “suggests that it sees an opportunity to broaden its portfolio — touch that lower end of the notebook market and see where it can gain some advantages,” Orr concluded.

“There are a lot of new releases from OEMs jumping onto the Chromebook bandwagon, but this seems like a competitive system,” he explained. “It has a nice larger screen, inputs from USBs and HDMIs — it’s creeping up on the specs full PCs might give you.”

Hard-drive storage is not as strong, Stice noted, but “these systems are meant more for cloud computing,” he pointed out.

Overall, “it’s a bit early to understand if this is a winner or loser on the processor side,” he concluded. “The market is still new, and OEMs are trying to find their differentiating models to gain market share.”