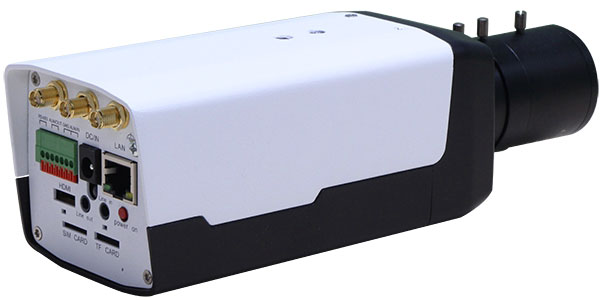 It can perform advanced video analytics, which moves the unit beyond a smart camera to a “conscious camera” — one that’s aware of what it’s watching, Qualcomm said.

Moving analytics to the camera can save a company money by reducing cloud processing and storage costs, and can provide it with more reliable analytics, the company said.

“With this increased intelligence at the edge, you can perform more complex queries,” the spokesperson explained. “For example, you can ask to see images of people that stopped by your house, excluding family members.”

“As video quality and file sizes continue to ramp, the need to process them efficiently — proper compression without sacrificing quality — is key to back-office systems, especially if you’re recording days and weeks worth of data,” the Qualcomm spokesperson explained.

“Having the processing power and intelligence to parse out irrelevant information before sending can be huge for reducing bandwidth overload,” the spokesperson added.

With typical surveillance cameras connected to the cloud, a lot of worthless data is sent to a company’s back-end systems for analysis and processing.

“Even basic video analytics can significantly reduce the amount of ‘no activity in frame’ video that needs to be transmitted,” explained Bill Morelli, director for IoT, machine to machine and digital at IHS Technology.

“At the same time, video with potentially actionable content that is transmitted can be reviewed and acted upon more quickly,” he told TechNewsWorld. “As more and more CCTV cameras are networked, this should result in a meaningful difference in network traffic.”

With the introduction if the Snapdragon 618 IP camera, Qualcomm is adding intelligence to the edge of the network, which could become a trend with devices connected to the Internet of Things.

“Rather than simply collecting data and then transferring it to a data center for processing and analysis, devices like the new Qualcomm 618 IP camera platform have enough compute resources to perform initial analysis on their own,” said Charles King, principal analyst atPund-IT.

Local analytics, too, can be a way to wring latency from a CCTV system.

“If we’re talking about bad-guy detection, it will be quicker if capabilities are in the endpoint itself. That way, you’re not dependent on the latency of the network and the cloud analytics programs,” he told TechNewsWorld.

“Edge computing is the way IoT is going,” he added.

Another advantage of judicious transfer of video data from CCTV cameras is that it can avoid potential lawsuits.

“What operators are telling endpoint manufacturers is to be safe, be cautious about what information you capture at the endpoint, because liability can easily be transferred to you if you capture too much information,” Burden said.

There are some disincentives, however, for adding smarter cameras to a CCTV system.

“In addition, depending on how long data resided on the camera before being backed up to a central facility, stealing it might result in considerable loss of critical data or evidence of wrongdoing,” he added.

Cost doesn’t have to increase with smarts, Qualcomm said.

“The cost of the cameras won’t necessarily go up, but pricing will inevitably vary by OEM,” the Qualcomm spokesperson said. “In addition, customers will see reduced storage costs because the camera is handling more of the processing and analytics.”

However, adding processing power and analytics to a camera can have downsides for an organization.

“If I’m a bad guy and break into them, I can make them do more things than a dumb IoT device could,” he told TechNewsWorld.

“Do we need our toasters and refrigerators connected to the Internet so we can access them from around the globe? Arguably, no. But what we’re seeing now is a great deal of innovation converging with interconnectivity, which introduces privacy and security risks,” said Brian Contos, chief security strategist atNorse

“This is a glimmer of things to come,” he told TechNewsWorld.

In addition to its 64-bit CPU with dual 1.8-GHz ARM CortexTM-A72 and four 1.2-GHz Cortex-A53 cores, the new Qualcomm camera includes the following:

The Snapdragon 618 IP camera platform is available immediately for a select number of OEMs and is expected to be available in commercially available cameras in the first half of 2016.