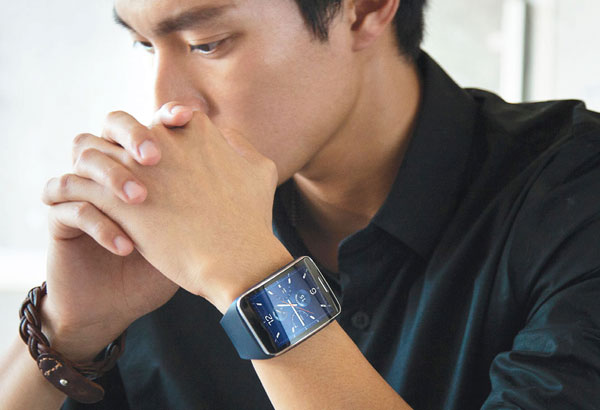 Samsung and LG both announced brand-new smartwatches on Wednesday in the run-up to next week’s IFA 2014 consumer electronics trade show in Berlin.

Featuring a sleek, curved Super AMOLED display along with 3G, Bluetooth and WiFi connectivity, the Samsung Gear S (pictured above) runs Tizen and allows users to make and receive phone calls. Customizable screen options and changeable straps give users the ability to adjust the device’s appearance to suit their taste and style.

The Samsung Gear S will be available in October.

LG’s G Watch R features a circular plastic OLED and offers the appearance of a classic timepiece. Powered by Android Wear, it runs a variety of apps available in the Google Play Store. 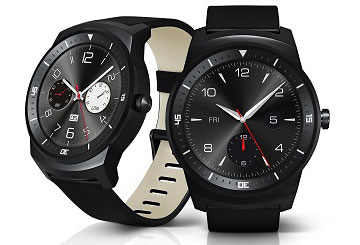 LG’s watch is due in the fourth quarter.

‘Are They Being Gender-Specific?’

“What I like about the Samsung device is the design,” said Ramon Llamas, IDC research manager for mobile phones and smartphones.

“It looks like a watch and not a computer strapped to your wrist with a cheap plastic band,” he told TechNewsWorld.

Llamas also gave LG’s device good marks for its aesthetics: “This is something I think some people would wear based on style alone. It doesn’t look like it was put together, tested and marketed by male engineers,” he said.

“Are they being gender-specific?” wondered Wayne Lam, a senior telecom electronics analyst at IHS — though his interpretation was reversed.

“The Samsung device looks almost feminine,” he said, “while the G watch R is all adrenaline — all masculine.”

Smartphones in general have been “pretty gender-neutral,” Lam told TechNewsWorld. “Now, with wearables, it’s getting more personal, and there’s these distinctions people are making.”

As items that get worn on the body, devices like these are “a very outward and visible expression of oneself,” Llamas pointed out. “They have to look good.”

LG’s watch “puts Motorola on notice,” he added. “It says, ‘you can do a round smartwatch? Well, so can we.'”

Both of the new devices from Samsung and LG are water- and dust-resistant, Lam noted, and both offer embedded heart-monitoring sensors.

Operating systems are a big differentiating feature between the two, however.

“I’m not a big fan of Tizen,” Llamas said. “LG’s watch earns top marks for having Android built in. I think it’s a stronger value proposition.”

LG’s device features a 1.2-GHz Snapdragon 400 processor along with 4GB of storage, 512 MB of RAM and a durable 410mAh battery; it’s also designed to run for up to 30 minutes in one meter of water.

Inside the Samsung Gear S are 512 MB of RAM, 4 GB of internal memory and a 300 mAh Li-ion battery with an expected typical usage of two days.

In general, “this is a space that’s really heating up,” Lam said. “Smartphones are just one device, and everything has conformed to that shape and form factor.”

Now, wearable devices are coming fast and furious, and “it will be interesting to see how that evolves,” he said.

“Not everybody wants to wear these devices,” Lam observed, and issues such as battery life and durability are still being refined. It also remains to be seen whether industry players will decide it makes more sense to develop devices with broad appeal or to target particular devices at particular niches.

“The industry is moving in the right direction,” Lam said. “I don’t think previous Android Wear devices were waterproof, so we’re getting better.”

In the meantime, more than a few industry eyes are looking ahead to Sept. 9, when it’s rumored Apple will unveil its iWatch.

“If there is the fabled iWatch, we’ll have to apply the same standards,” Llamas said. “Does it look and feel like a watch, and what is the experience? You can’t just shoehorn a smartphone experience into a wearable.”

So, as attractive as the new Samsung and LG devices may be, “these are not the be-all and end-all,” he remarked. “We’ll see what the others come up with.”