Stepping Up the Search for ET 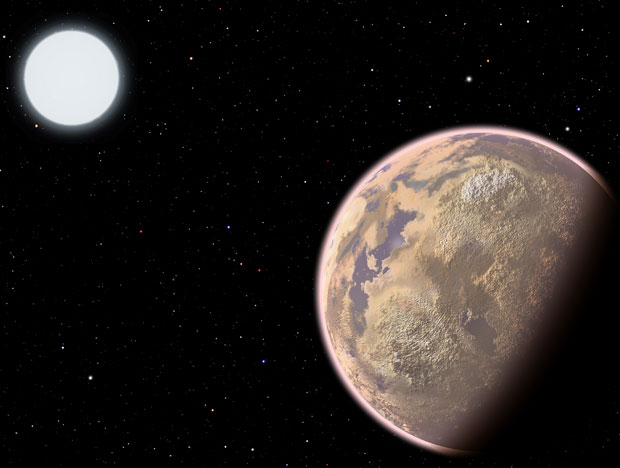 Atmospheric pollution may not exactly be among mankind’s proudest achievements, but it’s certainly an incontrovertible sign that we are here. Could something similar help us find civilizations on other planets?

That’s the premise behind one of several recently announced new approaches to the search for extraterrestrial intelligence.

Pollutants like Earth’s in the atmospheres of other worlds could serve as biosignatures indicating the presence of advanced civilizations there, a team of researchers at the Harvard-Smithsonian Center for Astrophysics has suggested.

So, to find the civilizations, we should look for the pollution.

“People have searched for extraterrestrial civilizations by looking for radio signals and laser emissions — intentional transmissions — and haven’t found anything in the past 50 years,” Avi Loeb, chair of Harvard’s Department of Astronomy and director of the Institute for Theory and Computation within the Center for Astrophysics, told TechNewsWorld.

“I thought about industrial pollution, which could be an interesting signature for an intelligent civilization,” added Loeb, who is a coauthor on the resulting paper, now available online in The Astrophysical Journal.

The upcoming James Webb Space Telescope, due to launch in 2018, should be able to detect two kinds of ozone-destroying chlorofluorocarbons in the atmospheres of other planets, the Harvard research team said. 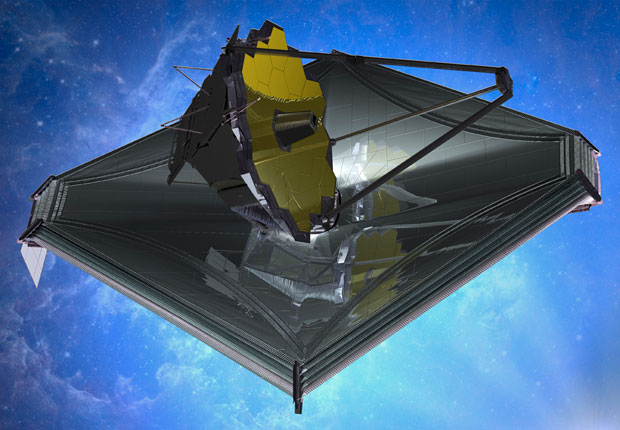 There are two key limitations on this capability, however. First, atmospheric levels would have to be 10 times those on Earth. Second, with the James Webb telescope, it will be possible only for Earth-like planets circling a white dwarf star — what remains when a star like our Sun dies — because of the stronger atmospheric signal that would result.

“White dwarfs are like flashlights,” Loeb explained, highlighting “fingerprints of pollutants in the planet’s atmosphere.”

Finding pollution on an Earth-like planet orbiting a Sun-like star, on the other hand, would require a “next-next-generation” telescope, the researchers contend.

Nevertheless, searching for CFCs could ferret out not only existing alien civilizations but also some that may have destroyed themselves. Because some pollutants last for 50,000 years in Earth’s atmosphere, while others last only 10 years, signs of molecules from the long-lived category but none in the short-lived category could suggest that the sources are gone.

“In that case, we could speculate that the aliens wised up and cleaned up their act,” Loeb said. “Or, in a darker scenario, it would serve as a warning sign of the dangers of not being good stewards of our own planet.”

Other SETI groups are refining their approaches as well.

The SETI Research Center at the University of California at Berkeley, for instance, recently announced two new efforts launching this year.

In one, the group will conduct something it calls “interplanetary eavesdropping” in the hope of intercepting communications between beings on two planets in the same solar system.

“The idea is that life on a planet may eventually travel to another planet in their own solar system, and they may send radio and laser signals back and forth between these two planets,” explained Dan Werthimer, director of the SETI Research Center at Berkeley and chief scientist for [email protected], in a talk earlier this summer. “We could intercept these signals.”

Another effort, dubbed “Panchromatic SETI,” targets nearby stars with planets and uses seven different telescopes covering a broad range of frequencies in the hope of finding a signal.

“The driving principal of our strategy is to try many different experiments, because we can only make educated guesses about the types of signals advanced technology might produce,” Andrew Siemion, project scientist at the Berkeley SETI Research Center, told TechNewsWorld.

“We conduct SETI searches across the electromagnetic spectrum, from the lowest radio frequencies that make it through the ionosphere through to optical light,” Siemion explained. “In general, technologically produced electromagnetic emission can be much more confined in frequency or in time than that produced by natural sources, and we take advantage of that property in our searches.”

Whereas early radio SETI experiments could look only for signals within a narrow range of frequencies — say within a few tens of MHz — “our latest generation of experiments are looking at 100 to 1,000 times more of the spectrum, and we’re extending the technique to very high and very low radio frequencies that have never been searched before,” he said.

The group is conducting the first SETI experiments ever performed at several telescopes, including the LOFAR radio observatory in Europe and the CARMA Observatory in California, Siemion noted.

“With our collaborators, we’re also building observing systems to conduct the first SETI searches ever performed in the mid- and near-infrared portion of the electromagnetic spectrum,” he said.

In the mid-IR range, for instance, the group is using the Infrared Spatial Interferometer at Mt. Wilson Observatory in California to search for both pulsed and narrow-band indicators of technology. “This novel facility actually uses a powerful carbon dioxide laser to convert mid-infrared light down to much lower frequencies where we can analyze it in the same way as our radio experiments,” Siemion pointed out.

Also under way is an effort to fit several telescopes with new, near-IR photon counters that can detect a pulse of light only a nanosecond long — something “we think could be produced by a large pulsed laser operated by an advanced extraterrestrial civilization,” he said. “Near-IR photons can get through the dust between stars very easily, so we could see a signal like this from a very distant star.”

A fundamental change in our understanding of stars and planets has had a big effect on how SETI is conducted today, Seth Shostak, senior astronomer with the SETI Institute, told TechNewsWorld.

“In the past, we tended to look at Sun-like stars,” Shostak explained. “What we know today is that essentially all stars will have planets.”

Moreover, recent data suggests that the fraction of those with potentially habitable planets might be as high as one in five, he pointed out.

Taken together, “that sort of changed SETI,” Shostak said. “We no longer have to concentrate on stars known to have planets — now we can look at all stars, or the closest ones.”

The SETI Institute uses the Allen Telescope Array — recently endangered by threats from two forest fires — to study select portions of the sky.

Red dwarf stars — which tend to be fainter but longer-lasting than Sun-like stars — are particularly good candidates, Shostak noted, because they’re both numerous and are thought to have more planets than other stars do.

“Every red dwarf ever born is still out there,” he said. “On average, they will be billions of years older than Sun-like stars.”

The institute also is studying the center of our galaxy, Shostak added, reasoning that its central location could make it a focus for other civilizations.

‘The Only Way to Know Is to Look’

How long before we find one of those civilizations — assuming they’re out there?

“On the one hand, we now know that there are hundreds of billions of planets in the galaxy, which means there are an awful lot of places life could get started,” he explained.

“We also know that all of the prebiotic molecules, water and energy sources we think were necessary for life to arise on Earth are present in abundance elsewhere in the universe,” Siemion added.

“However, we don’t have any idea what the probability is that these conditions will actually lead to life developing, or the probability that basic life evolves intelligence,” he added. “If we take the very, very large number of possible places life could emerge, and multiply it by a very small probability of it happening, we might still get just one.”

In any case, “ultimately the only way we are ever going to know whether intelligent life exists elsewhere in the universe is to look for it,” Siemion concluded, “and that is precisely what SETI is — a scientific experiment designed to answer this fundamental question: Are we alone as technologically capable beings?”