The stumbling-block to using a phone as an all-in-one solution for photography is basically that the lenses aren’t as good as those on any dedicated camera. While you would expect a DSLR (Digital Single Lens Reflex) camera to sport a better lens, even the most basic, sub-hundred-dollar point-and-shoots have higher quality glass than the best phones.

Manual adjustments for exposure and other settings like white balance are also missing on many smartphones, as is an optical zoom that provides higher quality close-ups than a processor-driven zoom.

However, there are two things the smartphone, resplendent with camera, does offer. One is a seriously powerful computer processor — much more so than any camera’s — and the second is filter- and editing-style apps — tons of them.

My solution to the dichotomy is to use an existing camera to take the shots, and discard the laptop or PC commonly used for editing, substituting a smartphone or tablet for the crunching. Why not? You gain portability — two pocket-sized devices; you gain the effort that developers have put into smartphone photographic processing apps; and you retain the better glass.

The downside is getting the shots over to the phone from the camera. But you can get around that with some planning.

Plan how you’re going to get the images out of the camera and into the phone or tablet. I’ve been using a 2006 Nikon Coolpix P2 point-and-shoot whose 3x, 7.5-26.3mm zoom lens I adore. I’ve had photographs accepted by my stock agency with that camera — unusual for point-and-shoots.

This inexpensive camera conveniently has a full-sized SD card slot. I’ve coupled the P2 with the other part of my camera kit, a Toshiba Thrive 10.1-inch Android tablet, also with a full-sized SD slot. Hot-swapping the cards works easily for me like this.

You can achieve the same effect with micro SD card-to-full-sized SD card adapters that are packaged with many micro SD cards.

Install some of the killer camera filter and editing apps onto your phone or tablet.

The two I’ve been using: Vignette Demo from Neilandtheresa, (free) for its filters; and Adobe Photoshop Express from Adobe Systems (free) for its editing software. Both have paid versions with varied additional benefits, including full resolution.

Pull the full-sized SD card or micro SD card with adapter out of the camera, making sure that you follow the camera manufacturer’s instructions relating to unmounting the card.

This will avoid corrupted files.

Remove the adapter from the card if necessary and slot the card into the phone or tablet.

Allow the card to mount, and launch the app you want to use.

Import the image. Vignette Demo allows you to import images using file managers that you may or may not already have on your device.

I’ve successfully imported from stock Gallery and also Root Explorer. Touch the “Import” button and choose “Gallery.” The SD card should be listed. 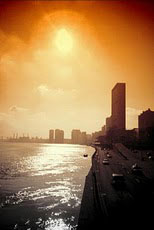 Select the image you want to work with by touching it, and it will load into the Vignette app using the last settings used.

Apply the filter by using the “Effects” and “Adjust” settings in Vignette Demo.

Make further edits with other applications. Photoshop Express on a tablet or phone is worth experimenting with because it faithfully creates the same kind of edits that you’d ordinarily do on a cumbersome PC.

Install a file manager if you don’t already have one. Look in the Market. I use paid Root Explorer, but there are free ones too.

Browse to the SD card image files and cut the file you want to work on. Then browse to the “Camera” folder within the DCIM folder on your device and paste it there. This can be complicated because there may be more than one SD card folder listed. The device often has a built-in SD card you may be unaware of. Your inserted card will likely be “sdcard2” or something similar within a folder called “mnt.”

Paste the file into “Camera,” and when you open Photoshop Express, the file will be listed under the “Phone” tab there and you’ll be able to work on it with the “Edit” button. After working on it, press “Save,” and then refresh the file manager to see it listed.