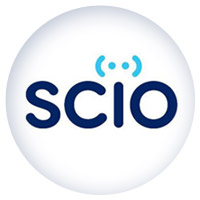 For all those who have wondered about the ingredients in their lunchtime burrito, Consumer Physics is gearing up to release a handheld device designed to provide the answer. Dubbed “SCiO,” the device is a tiny spectrometer that can scan food, medicines and plants to determine their molecular composition.

The device also can identify and authenticate medication in real time by cross-checking a pill’s molecular makeup against a pharmaceutical database.

SCiO also can analyze moisture levels in plants and tell users when to water them.

Real-time results are delivered to an accompanying mobile application via Bluetooth LE.

“Smartphones give us instant answers to questions like where to have dinner, what movie to see, and how to get from point A to point B, but when it comes to learning about what we interact with on a daily basis, we’re left in the dark,” said Dror Sharon, Consumer Physics’ CEO. “We designed SCiO to empower explorers everywhere with new knowledge and to encourage them to join our mission of mapping the physical world.”

Powering SCiO is a low-cost, mass-produced version of near-infrared spectroscopy. Enabling its capabilities is the fact that light shining on any sample excites the sample’s molecules and makes them vibrate in a unique way. That wavelength-dependent light absorption creates optical signatures based on an object’s chemical composition.

When SCiO collects the light reflected from a particular sample, it breaks it down into spectral components for analysis. Those components are then sent to the cloud via Bluetooth, and SCiO translates the results within a matter of seconds, delivering relevant information about the sample’s molecular makeup to the user’s smartphone.

“SCiO began as a conversation over three years ago,” Sharon told TechNewsWorld. “My cofounder Damian and I had been discussing the possibility of starting a new venture together and creating a handheld device that could tell you more about the physical world around you.”

The two focused initially on demonstrating that they could build a small, low-cost optical spectrometer that it could handle meaningful applications, Sharon said. “Since then, we’ve gone through several generations of SCiO prototypes and have started to ramp up our production line.”

Cosmetics, clothes, flora, soil, jewels and precious stones, leather, rubber, oils, plastics, and even human tissue and bodily fluids are all among the materials SCiO can analyze.

Following a Kickstarter campaign that raised more than US$2 million, SCiO now can be preordered for $249 for delivery in March. An application development kit is on the way.

“This is a great topic and some really cool technology,” Jim McGregor, founder and principal analyst with Tirias Research, told TechNewsWorld. “I think that this technology will eventually be huge with consumers, and something used in grocery stores and restaurants as an added service or differentiator.”

While the initial implementation is targeted at dietary information, “I think later versions will likely provide more information, such as the presence of nitrates, chemical food colorings, genetically modified foods and other things that are known carcinogens and the source of other medical problems, as well as common allergens such as wheat, nuts and corn,” McGregor added.

“The use of chemicals and genetically modified ingredients has led to the increase of medical problems and food allergies over the past few generations, especially in the U.S.,” he explained.

“I believe this technology will help those that have food limitations, push for healthier ingredients in foods, and hopefully improve the diets and health of consumers overall,” McGregor said. “It will take at least a generation of consumers, but technology like this will help lead the way.”

SCiO’s $250 price is “near the high end of the consumer electronics price range for a peripheral device,” Roger Kay, principal analyst at Endpoint Technologies Associates, told TechNewsWorld. “Users will have to have a compelling reason to shell out for it.”

It could be useful in military applications, he suggested.

In fact, “I wouldn’t be surprised if this is a consumer adaptation of existing military technology,” Kay said.

It will be up to developers, however, to embrace the platform to popularize it, he added.

“Say if your kids or pet eat or drink some unknown substance and you wanted to know whether you needed to rush them to get medical help,” he said. “I expect it will change how people look at what they eat, because folks will suddenly discover that some of the things they consume are more unhealthy than they thought.”

One limitation of the technology, however, is that “it measures surface material — not what is out of range of the laser — so liquids that are mixed will be accurate, but measuring the outside of something with a soft center won’t give you what is in the center unless you break the object open,” Enderle pointed out.

In any case, the technology could become pervasive if enough discoveries are made, Enderle predicted.

“Let’s say someone discovers carcinogens in bottled water, for instance, and some people get cancer as a result,” he said. “The fear could drive the technology into broad use.”