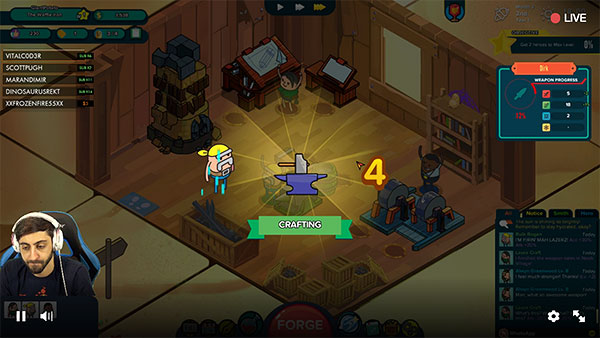 Game-streaming service Twitch on Thursday joined Apple and other tech companies in swearing off its dependence on Adobe’s Flash.

The move away from Flash will happen in stages, but Twitch has promised its community that the gradual rollout will advance at a steady pace.

Twitch began the transition to the more secure HTML5 and JavaScript by hybridizing its streaming video player. The controls have been replaced with HTML5 objects, but the streams running below are still Flash.

For Adobe, Twitch’s pivot toward HTLM5 and JavaScript will sting, but the ongoing security issues with Flash are more painful for the company, observed Charles King, principal analyst at Pund-IT.

“To it’s credit, the company proactively addresses security vulnerabilities in its products. But at a time when hacking attacks are increasingly top of mind for most businesses and many consumers, Flash’s continuing problems are an embarrassment that fuels the calls for Adobe to kill it,” King told TechNewsWorld.

The debate over Flash’s security vulnerabilities earlier this month reached a flash point when Google and Mozilla pulled support for the platform from their Chrome and Firefox browsers. Cybersecurity experts and consumer watchdogs alike have been calling for Adobe to announce an end-of-life pathway for the troubled tech.

End-of-life programs are applications that have been put to rest by their vendors and no longer receive any form of update, including security patches.

Adobe won’t be ready to pull the plug on Flash until alternative technologies are fully able to accommodate all of its customers’ needs, according to Adobe spokesperson Wiebke Lips.

Adobe expects the deployment of HTML5, CSS 3 and JavaScript to accelerate.

However, “with regards to the Flash Player vulnerabilities recently published publicly — following the Hacking Team data breach and extensively covered in the media last week — note that Adobe delivered the updates for Flash Player to address these vulnerabilities on July 14 — only days after they were reported to us,” Lips told TechNewsWorld.

The July 14 bulletin, updated on July 16, itemizes the issues with Flash and categorically details Adobe’s recommended fixes for each problem.

“Also, one item that received significant attention in last week’s media coverage was the blocking of vulnerable versions of Flash Player in Mozilla Firefox. Allow me to provide some context on this point,” Lips said.

Among the myriad security tactics Adobe employs, it works closely with peers in other organizations — and that includes vendors of browsers, Lips noted.

The company for years has encouraged blocking vulnerable versions of software and encouraging users to update to more secure releases, she pointed out. So Mozilla’s and Google’s decisions to block Flash were not out of the ordinary, and Mozilla even indicated that the latest version of the platform was enabled in Firefox.

Although the voices calling for Flash’s demise have been growing in number and volume, it isn’t quite clear that it’s time to bury the technology, as tens of thousands of websites and organizations still rely on it, said King.

“So if you like or visit those sites regularly, it’s necessary to continue using Flash,” he remarked. “That said, Flash’s vulnerabilities make it wise for users to protect themselves as much as possible, by keeping security software current and changing browser settings to only use the Flash plug-in on request.”