Why Ham Radio Is Still Handy 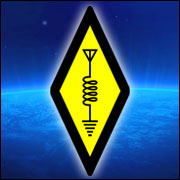 Power failures cut off the Internet, and in New York, debris raining down onto ground-based infrastructure, like switching equipment, destroyed much of any communications left.

However, in the early stages of both emergencies, a group of individuals stepped in and took over much communication with privately owned radio equipment, at no cost to the taxpayer.

Who were these saviors?

A perusal of modest collateral produced by another associated bunch, the National Association for Amateur Radio (ARRL) comes up with more:

“At some point, our standard means of communications — cellphone, landline and Internet — will likely fail. When events like this happen, volunteer Ham operators give of themselves to save lives and property,” Bryce Anderson, a member of the Los Angeles-based Topanga Disaster Radio Team (DRT), told TechNewsWorld.

Twenty-six “Amateur Radio” bands are chunks of frequency, set aside by the Federal Communications Commission (FCC) for use by licensed individuals who have passed an examination.

The bands can be used for experimentation, disaster communications or other purposes.

How It’s Set Up

A local group or team may work under a pre-drafted Memorandum of Understanding (MOU) with public safety agencies, or can be further in-bed.

Jonathan Zimmerman, who is a lead civilian volunteer with the Los Angeles Fire Department’s (LAFD) Auxiliary Communications Service (ACS) and wrote the team’s communications plan, told TechNewsWorld that his group of Hams were organized and ready to step in:

“Should the City experience a regional communications emergency caused by a power failure, earthquake, or other disaster, there is a good possibility normal means of communication will fail.

“Under the direction of the LAFD, we will use our personal amateur radio equipment, operating on emergency power, to provide basic emergency communications to the city.”

The U.S. Congress has been aware of potential points of public safety communications failure since at least 1912, when the RMS Titanic sank.

The massive loss of life on the Titanic prompted the “Radio Act of 1912,” which, among other things, formalized the Amateur Radio Service. Part of its mission is to provide a pool of experts that can be drawn upon to provide backup communications during emergencies. 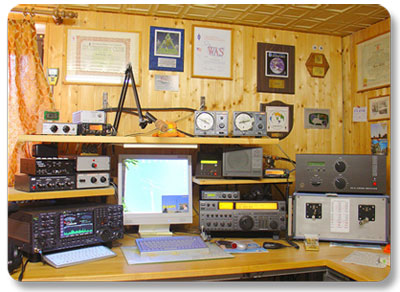 Radio equipment imported from China has become available in the last few years that has brought the entry point for basic walkie-talkie type equipment below US$50.

The equipment tends to be privately owned, and therefore not dependent on any bureaucracy to be brought online.

Ham radios can run on battery or generator power, so are not reliant on grid power.

Operators can be fanatical about their hobby, therefore skilled.

Radios can be capable of communicating over long distances, and Hams have used the moon to bounce signals. Communications satellites can also be used.

The equipment can be broken down to be highly portable. Briefcase-sized kits are commonly seen. Transportation is with privately owned vehicles.

An FCC examination is required that’s not considered difficult among Hams, and tricky Morse code is no longer a requirement for an entry-level license.

Ham and IT pro Norm Goodkin, who teaches the class in a rural-urban wildfire-prone area west of Los Angeles, reckons that 90 percent of his students pass the first time.

“Most of our students put in four or more hours of study before the class, and then spend a day reviewing before taking the exam,” Goodkin told TechNewsWorld. “It’s not very hard — we have 14-year-olds passing routinely — it’s mostly a vocabulary test, so anyone who can read at high-school level can pass.”

A search on the ARRL website returned close to 500 examination sessions for the month of August throughout the U.S.

Attempted spectrum grabs, where attractive bands allocated to amateurs become threatened by commercial and other interests that want the valuable spectrum, periodically rear their head.

A coveted band, the 70cm band, was recently granted a stay of execution.

Broadband over Powerline (BPL), an unrelated future technology that uses utility lines to provide Internet access, has the potential to cause interference and detract from Amateur Radio Ham signals, according to major Ham group ARRL. There are those who dispute this.

“Ham radio has worked in emergencies where nothing else gets through. It’s been a critical part of emergency response when cellphones are overloaded or the infrastructure damaged,” said Goodkin.

“It’s also helping build basic skills — skills that are no longer taught in school — improving not only our ability to communicate in disasters, but adding back some of the ‘lost tools’ that Americans used to be famous for — the ability to do things ourselves,” he added.

“When all else fails,” said LAFD’s Zimmerman, “Amateur Radio works.”

Patrick Nelson has been a professional writer since 1992. He was editor and publisher of the music industry trade publication Producer Report and has written for a number of technology blogs. Nelson studied design at Hornsey Art School and wrote the cult-classic novel Sprawlism. His introduction to technology was as a nomadic talent scout in the eighties, where regular scrabbling around under hotel room beds was necessary to connect modems with alligator clips to hotel telephone wiring to get a fax out. He tasted down and dirty technology, and never looked back. Disclosures: Nelson is an FCC licensed amateur radio operator; civilian member of LAFD ACS; and NGO Topanga DRT.