How to Overclock a CPU: Getting Started

Well, like everything in life, these adjustments involve a tradeoff. Just as there are risks in taking your car out for a rural run and heavy-footing it, there are implications for a CPU speedup.

In the case of the car, risks can include a blown gasket if the vehicle is old or isn’t designed for performance, or crashing and possibly getting killed, and so on — all by exceeding the design specifications of the driver, road or vehicle.

In the case of a CPU, there are also some harsh possible outcomes — you can create component stress, excessive heat, rapid battery depletion, and instability in unrelated programs due to running the CPU at specifications outside of the design parameters.

However, as with the rural jaunt, a CPU speedup can be fun.

Choose a device that you’re about to retire as a subject for your overclocking experiment. That way burning it up or destroying chips won’t be a tragedy. Move on to a current device when you’ve got a reason to and are familiar with the process. 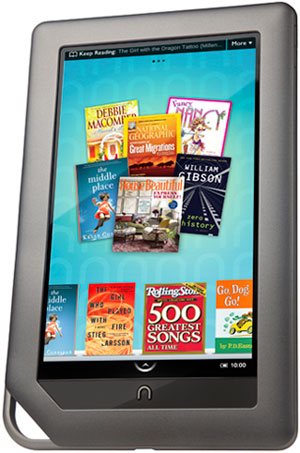 In my case, I chose a 1-year-old, out-of-warranty Android-based e-reader — the Nook Color — that I’d previously rooted and loaded with a custom ROM. I consider it no longer cutting-edge. The device has an 800 Mhz chip, which could fairly be called “lethargic” in game playing.

The Kindle Fire and the newer Nook Tablet both come in at 1 GHz, for example.

For reasons known only to the developer, the Nook Color is the only device I own that will install Rockstar Games’ arcade-style “Grand Theft Auto III,” the crime epic. Even though it installs, the game plays ponderously at stock 800 MHz, and could benefit from a serious, if potentially destructive, CPU speed jolt.

Learn how to perform a forced shutdown in the event that your changes cause instability.

You can shut down many Android devices by pressing and holding the “Volume Up” button and “Home” button at the same time.

Perform a Web-based search for the tools that you need for your specific device. Look for the terms “overclock” and “tweak. In the case of many custom ROMs — and the Nook Color ROM, for example — the processor speed can be simply altered within the custom ROM that I had already installed when rooting. Look for it in “Settings.”

In my case, I looked for the CyanogenMod setting options within the “Settings” menu and chose “Performance.” I chose 1100 Mhz — a 300 MHz boost — which caused the game to zip along, although ultimately the e-reader froze and required a forced shutdown.

Alternatively, perform a search for apps in Android Play or other markets that allow you to manage the processor.

Again, search for the terms “overclock” and “tweak,” and look for apps specific to your device wherever possible.

Dalingrin’s Nook Color Tweaks app, available at Android Play — specifically designed for the Nook Color with the CM7 ROM — uses a stepping concept that lets you overclock in small increments. This incremental approach is good for dipping your toes in, rather than taking the plunge.

Software for PCs includes Everest, which shows you the temperatures of the components. 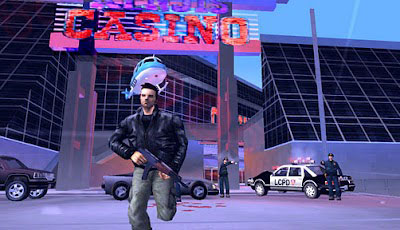 I was able to get “Grand Theft Auto III” to run perfectly on a converted Nook Color ereader with just an overclock to 1100MHz and no voltage adjustments.

Features to look for in the more-sophisticated apps, like Dalingrin’s, include voltage control, which allows you to adjust the CPU’s voltage settings in relation to the CPU. For example, if you choose a stepping with a CPU of 1100 MHz and the suggested stock voltage is 1.35v, you can adjust the voltage up or down.

This is good if you haven’t already encountered enough dragons adjusting the clock speed, and are looking for more action.

I was able to get “Grand Theft Auto III” to run perfectly with just an overclock to 1100MHz and no voltage adjustments.