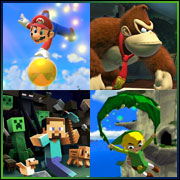 China will temporarily lift a sales ban on foreign videogame consoles, according to China’s State Council, reversing a 14-year prohibition.

Companies like Sony, Microsoft and Nintendo — which long have salivated over the heretofore obstructed gold mine of Chinese videogamedom — will be allowed to make game consoles in Shanghai’s free trade zone and then sell them in China.

The free trade zone is something of an experiment for Chinese authorities. They also lifted online bans there on Facebook, Twitter, The New York Times and other previously blocked sites.

China’s plan to scrap its embargo on foreign videogame consoles surfaced last January in reports by many outlets, including The China Daily. The fact that a Beijing mouthpiece would say it was true lent credence to the rumor. Stock prices for Sony and Nintendo accordingly darted north. Within days, however, Chinese authorities shot down the report, confirming that the ban would stay in place.

It is not clear how long the new videogame consoles will be permitted in the country.

At the International Consumer Electronics Show, a global consumer technology extravaganza being held in Las Vegas, Samsung unveiled a bendable TV — an 85-inch television whose screen can curve to match the geometrical whims of viewers.

Samsung insists that the high-def curvy screen can enhance the viewing experience, although this does seem to smack of doing-it-because-we-can. At any rate, the TV on display at CES was but a prototype, and there is no confirmation about when the TVs will be available for purchase.

One more Samsung nugget: The company’s quarterly earnings fell for the first time in two years. The drop of 6 percent over a year earlier — Samsung’s operating profit for the final three months of 2013 was a measly US$7.8 billion — was attributed to slower smartphone and tablet sales in developed nations.

China Telecom reduced contract prices for the iPhone 5 by roughly 15 percent, a move that comes one week before China Mobile, the world’s largest mobile provider, will release the phone itself.

BlackBerry is suing Typo Products, cofounded by American Idol host Ryan Seacrest, for Typo’s new iPhone keyboard case, which lets iPhone owners type away on a keyboard that looks like what you’d see on a BlackBerry.

BlackBerry is seeking all of Typo’s profits, a ban on future sales of the keyboard technology and damages.