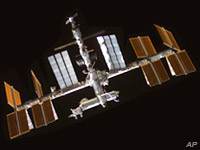 At 8:56 a.m. EDT Monday morning, 19 years after its first launch on May 7, 1992, the space shuttle Endeavour left NASA’s Kennedy Space Center for its 25th and final flight. 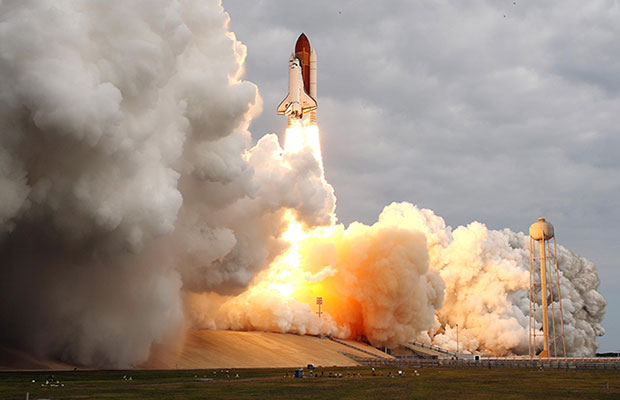 This is also the second-to-last shuttle mission for NASA, which is sunsetting the program due to budget cuts. The very last shuttle flight for the 30-year program is scheduled for this summer, when Atlantis will make its last foray into space.

Today’s launch was originally scheduled for the end of April. However, the countdown was aborted due to weather and an electrical problem that took two weeks to resolve.

On this mission, Endeavour will transport a particle physics experiment to the International Space Station to study dark matter and antimatter. Also on board are supplies for the laboratory, including two communications antennas, a high-pressure gas tank, and additional parts for the Dextre robot.

The crew is scheduled to complete four spacewalks during the 16-day mission, and to transfer Endeavour’s orbiter boom sensor system to the ISS, where it could assist spacewalkers as an extension for the station’s robotic arm.

Perhaps outshining all of these elements — the last flight, the space shuttle mission that is winding down, even Congresswoman Gabrielle Giffords’ attendance at the launch to support her husband, Commander Mark Kelly — is the antimatter experiment bound for the shuttle.

Nearly canceled itself, the experiment revolves around a 15,000-pound Alpha Magnetic Spectrometer — a US$2 billion device that searches for cosmic rays, or high-energy particles from outer space.

The spectrometer uses a 4,200-pound magnet that can generate a magnetic field that is upwards of 3,000 times more intense than Earth’s. This deflects cosmic rays, and the spectrometer can analyze such factors as charge and velocity.

The AMS will be activated and then attached to the space station on flight day four, NASA spokesperson Michael Curie told TechNewsWorld.

“It will be able to detect cosmic rays, and by doing that, it will help us to understand dark matter and other forms of matter that we do not have a clear understanding of today,” he explained.

Then the data will be sent back to Earth for scientists to study. It is a significant experiment to say the least, said Curie. The data from this experiment could help determine the origin of the universe.

Science enthusiasts have even bigger aspirations for the AMS.

“If we do discover dark matter and a parallel universe proves to exist, trips to another time” will be possible, said Seth D. Ginsberg, cofounder of Global Healthy Living Foundation. “Richard Branson suddenly won’t hold the hottest ticket in town anymore.”

A self-described avid space and science geek, Ginsberg said he is very disappointed that the shuttle program is ending.

“I understand the budget constraints. You can’t tell someone that their child won’t have a seat in the classroom because we are spending the money on deep space exploration. That is why I am encouraged that the private sector seems to be interested in taking up where NASA is leaving off.”