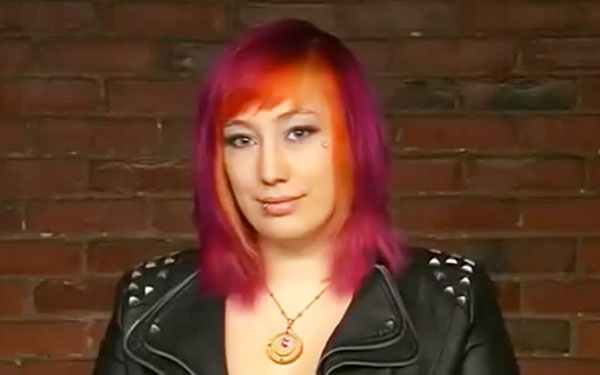 Crash Override made its official debut last week, promising a new way to support people who become the targets of online bullying and harassment.

Cofounder Zoe Quinn, a video game developer, is one of the better-known people who have been on the receiving end of such abuse.

For her, it started when an ex-boyfriend alleged in a blog post that Quinn had traded sex with a journalist for a video game news site in order to get favorable reviews. Readers piled on, many hurling obscene insults. The online abuse quickly escalated, with anonymous individuals making death and rape threats — first against Quinn but then against others who rallied to her support.

The harassment became known as #Gamergate, an ongoing controversy typified by online attacks and threats against women in the gaming industry.

Quinn understands better than most the need for an organized pushback. She launched the network with cofounder Alex Lifschitz. It will be staffed by a number of online abuse survivors whose identities are kept anonymous outside the network’s inner circle.

The Crash Override network includes experts in information security, white hat hacking, PR, law enforcement, legal issues, threat monitoring and counseling, according to the site. The network has held trial runs prior to its formal launch, and it met with success.

Victims have been able to “lock down their information, prevent SWATing attempts (when first responders are sent a false alarm regarding the victim), and feel like they were back in control of their online life,” the site said.

It is a clever way to turn the table on harassers, noted Elena Bertozzi, associate professor of digital game design and development at Quinnipiac University.

“Gaming is moving into the mainstream, and behaviors that were tolerated in online game culture are being exposed and judged by other standards,” she told TechNewsWorld.

The months of heated exchanges in online forums have had little impact, Bertozzi noted.

“By creating an organization that gathers a community of people who have experienced similar kinds of harassment and providing a forum to counsel those who find themselves in trouble, Zoe and Alex are using the same techniques as the harassers — but as a force for social good,” she pointed out.

“The site also allows victims to collect data about the extent of this behavior so that they can help games and developers move in a direction more supportive of a diversity of content and of voices.”

It will probably take more than the launch of just one organized community to change the direction of the abuse that is so common online and so often directed at women, said David Johnson, principal of Strategic Vision.

“People feel that when they are online they can say whatever they want because they have a veil of anonymity,” he told TechNewsWorld. These same people would never say these things in person; they are too cowardly and too afraid of the consequences.” Crash Override could have an impact, Johnson said, especially if it scores a few high-profile successes and becomes a go-to resource.

“I think we could see Crash Override and other communities or networks that might also launch, force some of these social media sites to take a real stand against this activity,” Johnson said.

It also would help if media covered these stories more, did some investigative digging into the culprits, and followed up on the aftermath, he remarked. “Yes, there have been a number of stories about this and Gamergate, specifically, but there needs to be far more for an impact to be made.”