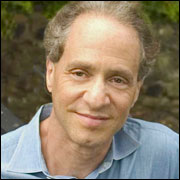 Google has a lot of star power in its executive ranks and certainly a wealth of intellectual horsepower among its rank-and-file engineers and technologists. However, the search engine giant is getting a twofer with its latest hire: Ray Kurzweil, a brilliant engineer who also has name recognition.

A famed inventor, entrepreneur, author and futurist, Kurzweil announced last week that he’s been hired by Google as director of engineering. His focus will be on machine learning and language processing.

Kurzweil has been interested in technology — and machine learning, in particular — for years.

His accomplishments have been recognized by three U.S. presidents, including Bill Clinton, who awarded him the National Medal of Technology — the U.S.’ highest honor in the field — in a White House ceremony in 1999. In 2002, he was inducted into the National Inventor’s Hall of Fame, established by the U.S. Patent Office.

“I’ve always worked to create practical systems that will make a difference in people’s lives, which is what excites me as an inventor,” he said.

Kurzweil has received 19 honorary doctorates and is the author of seven books, five of which have been national bestsellers. The Age of Spiritual Machines has been translated into nine languages and was the No. 1 best-selling book on Amazon in science.

The Singularity Is Near was a New York Times bestseller, and has been the No. 1 book on Amazon in both science and philosophy. His latest bestseller is How to Create a Mind: The Secret of Human Thought Revealed.

Of Self-driving Cars and Talking Phones

Kurzweil is not shy about highlighting his bona fides — he pointed out his prediction, circa 1999, that technologies such as self-driving cars and mobile phones that could answer questions were forthcoming. Fast-forward to today, and guess which company has figured prominently in developing them?

“It’s easy to shrug our collective shoulders as if these technologies have always been around, but we’re really on a remarkable trajectory of quickening innovation, and Google is at the forefront of much of this development,” he said.

Kurzweil is also well known for embracing the concept of a technological singularity — which, roughly described, is a point at which human consciousness and digital technology begin to overlap, eventually leading to a kind of immortality.

Kurzweil’s focus in commercial computing science dovetails well with where Google is heading, King told TechNewsWorld. “Machine learning, for instance, is something that will go hand in hand with ongoing developments in Big Data and cloud computing.”

Machine learning technology also underpins Google’s advances in search and ad ranking activities, not to projects such as its augmented-reality eyewear.

At Google I/O 2012, the company announced a version of voice actions that supports much more natural commands, he wrote.

“This makes even previously existing functionality, such as sending a text message or calling someone, more discoverable on the device — that is, if you express a voice command in whatever way feels natural to you, whether it be ‘let David know I’ll be late via text’ or ‘make sure I buy milk by 3 p.m.,’ there is now a good chance that your device will respond how you anticipated it to.”