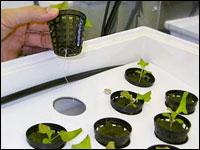 Nine billion hungry human beings will be living on planet Earth by 2050, according to United Nations estimates.

“We will need to produce more food in the first half of this century than we did in the previous 100 centuries combined,” declared Tony Kajewski, an engineering manager at John Deere and president of the American Society of Agricultural and Biological Engineers.

Along with an increasing population, the world faces climate change, rising fossil fuel prices, ecosystem degradation, and water and land scarcity — all of which are making today’s food production methods increasingly unsustainable, according to “Latest Agricultural Technology Innovation,” a November 2012 report from Kachan & Co.

There’s an upside to all this flux and food insecurity, however. The need for solutions is driving important new agricultural innovations — in particular, urban agriculture and indoor cultivation.

Farming has migrated from the fields to the cities and moved into the developed environment.

Indoor farming goes by many names: “all-season farming,” “undercover agronomy,” “commercial indoor cultivation” and “controlled environment agriculture,” or CEA, to name a few. Entrepreneurial types are converting unused factories, warehouses, office buildings and other facilities into urban farms. Many are building new glasshouse greenhouses for that superior mix of natural sunlight and the powerful artificial lights favored in grow rooms.

Urban agriculture offers a promising path toward the goal of feeding the planet’s growing — and increasingly urban — population. Many of the tools to make that path viable come from CEA.

In addition to indoor crop farming, CEA is used in research at universities and corporate laboratories. It is useful for isolating specific environmental variables for closer study. For example, researchers may study photosynthesis by comparing a crop grown with induction lighting vs. one grown with LEDs. The advantage is that all other factors can be kept constant, reducing the incidence of another influence on the experiment.

CEA has celestial applications as well. NASA pioneered “astroculture” by flying a plant growth facility on nine Space Shuttle missions, including one in 1995 in which potatoes were grown in weightlessness. Some of the research on the International Space Station anticipates traveling beyond low-Earth orbit, focusing on meeting the needs of a long-term spaceflight to Mars, for example. A group of engineers at NASA’s Kennedy Space Center in Florida are developing an ISS plant habitat with a large growth chamber to learn the effects of long-duration microgravity exposure to plants in space.

CEA is “an integrated science- and engineering-based approach to provide specific environments for plant productivity while optimizing resources including water, energy, space, capital and labor,” according to Gene A. Giacomelli, PhD, director of the Controlled Environment Agriculture Center and a professor in the Department of Agriculture and Biosystems Engineering at the University of Arizona.

“Aeroponics” is a method of growing plants without soil by suspending them above misting sprays that constantly moisten the roots with water and nutrients. Controlled variables include temperature, humidity, pH and nutrient analysis.

Aquaponics is essentially an organic hydroponic system, explained Rebecca Nelson, co-owner of Nelson and Pade, which markets its Clear Flow Aquaponic Systems for commercial ventures and other applications.

“The plant production part of the system doesn’t vary much from hydroponics,” Nelson told TechNewsWorld. “It is a soilless system. But in aquaponics, we use a natural fertilizer source, which is derived from fish waste. Aquaponics is a fully integrated system that produces both fish and plants.”

CEA is “the future of farming,” according to Nelson. “A controlled environment greenhouse protects the crop from extreme climatic conditions and also allows a grower to implement biosecurity practices to ensure food safety.”

The four major hydroponically grown plants are tomatoes, cucumbers, peppers and lettuces, which can be grown and distributed within urban communities on a scale that doesn’t work for high-volume staple crops such as wheat, corn and rice.

These basics foods for much of the world’s diet are unsuitable for CEA, due to issues like the massive production and distribution demands of the crops. By extending the growing season and ensuring product quality of veggies and fruits, CEA complements but does not replace field crop production.

Local CEA practices can make a difference in people’s nutrition and quality of life while enhancing the remediation of resources.

CEA and hydroponic-type systems offer relatively inexpensive “farms” for the urban grower who may be but more likely is not a traditional farmer, according to UA CEAC’s Giacomelli.

“CEA provides the door into production agriculture for those with a non-farm background,” Giacomelli told TechNewsWorld.

A long and productive farm background distinguishes Hollandia Produce, which specializes in the production, as well as the wholesale and retail marketing of vegetables it grows in greenhouses using hydroponic methods.

Hollandia “Live Gourmet” brand living lettuces and leafy greens — harvested with their roots intact to preserve freshness — are distributed in 45 states and Canada.

“CEA is definitely the way of the future,” CEO Peter Overgaag told TechNewsWorld. “Protecting the crops means less waste and of course more production per acre.” 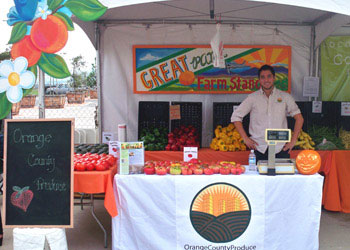 AG Kawamura, former California secretary of agriculture, could easily be considered the King of Urban Ag in America.Kawamura is a founding member of Orange County Produce, which farms nearly 1,000 acres in a densely urban county.

Kawamura also operates the leased 114-acre Orange County Great Park Farm, where his company grows a variety of fruits and vegetables for the consumer market and for contribution to local food banks.

“This is now the largest ag operation in an urban park in the country,” said Tom Larson, the park’s farm, food and landscape manager. “What’s so spectacular is it pays for itself.”

With an eye always fixed on the future, Kawamura is planning the construction of hydroponic greenhouses at the Great Park Farm.

“CEA greenhouses can provide a new strategy for establishing production capacity inside urban areas where open ground may be scarce, impaired — brown fields — or difficult to farm traditionally,” Kawamura told TechNewsWorld. “They certainly can create new opportunities for year-round production of fruits and veggies in places where extreme weather has made farming impractical.”

Greengro Technologies markets both indoor and outdoor aquaponic and hydroponic systems and grow rooms. CEO James Haas emphasizes the importance of philosophy and attitude in any successful urban agriculture initiative.

“We’re in the midst of a global movement, and the demand for locally grown, organic produce has never been stronger,” Haas told TechNewsWorld, “but the biggest problem is that in our society in the U.S., everybody stopped doing basic food-security things — like, for example, collecting seeds for growing some of their own food.

“If we want to create better urban food sources, we need to better understand our food itself,” he advised. “Urban growers have to take personal responsibility for what they grow and eat — that’s what rural farmers do.” 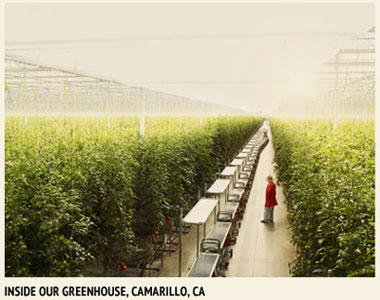 “I believe there is a place for urban agriculture, said David Bell, chief marketing officer, for Houweling’s Tomatoes, which is surrounded by farmland.

“However, we see the future of CEA leaning towards larger-scale greenhouse farms built to meet a bigger regional area,” Bell told Tech News World. “It’s positioned for reduced but easy access to freight, with the integration of grow lights to facilitate year-round local production.”

While they are understandably attractive, urban agriculture and urban farms remain at an experimental stage in the U.S., according to Danilo S. Lopez, principal at Novelle Consulting.

“Communities will have to face up to regulatory requirements — relating to effluent discharge, noise, logistics, lighting, etc. — and higher quality labor supply year round on one side — and on the other side, the benefits of fresher products to the community — hopefully at lower or competitive cost to consumers,” Lopez told TechNewsWorld.

The road ahead is not completely clear, however, according to Melissa Brechner, PhD, director of the CEA Hydroponic Technology Transfer Center in the Dept. of Biological and Environmental Engineering at Cornell University, who issued a word of caution to urban ag enthusiasts.

“It is NOT true that ‘if you grow it they — restaurants, etc. — will buy it’. We have seen much perfectly grown produce go into landfills because the proprietor failed to sell it,” she noted.

“In my opinion, the most important thing to remember is that CEA encompasses an integrated system that includes greenhouse design, environmental control, labor, marketing, management, distribution and consumer demand,” Brechner told TechNewsWorld. “All of the details must be working together, and the failure of any one aspect can bring the entire operation to a halt — bankruptcy.”

“I predict that greenhouse construction will double in the next decade, completing a paradigm shift worldwide in the way mankind produces commodity fruits and vegetables,” Tim Madden, president of BiodynamicsCEA, told TechNewsWorld. “Instead of altering the genetics of the plants to provide the ability to grow in harsh environments, we change the environment to provide the best growing conditions for the plants.”