Cruise aims to spark a revolution among autopilot technology with a US$10,000 accessory that consumers can use to create a self-driving car, of sorts.

At the heart of the Cruise RP-1 system is a sensor pod that gets mounted on the roof of a car. It utilizes cameras, data and radar to analyze the vehicle’s surroundings. With that information, it can make changes in steering to keep a driver within lane boundaries, monitor nearby vehicles or other obstacles, and move or brake to avoid a collision.

The RP-1, which is meant to be used on the highway during daylight hours only, comes with an app that gives the driver insight into what the sensor pod is seeing and doing. So, a driver could steer a vehicle to the desired lane on a highway, then push a button to allow the RP-1 system to take control. The driver can regain control simply by tapping the gas pedal or grabbing the steering wheel, as with a standard cruise control system.

As of now, the technology is compatible only with Audi A4 and S4 models, but Cruise is working on expanding availability going forward.

Cruise opened preorders on Monday. The first 50 customers to pay the full $10k in advance will become members of the Founders Club. Others can reserve an RP-1 system for $1k.

The company is shooting for launch in the first half of 2015. That date depends on a few factors, though, including the results of third-party testing and ensuring compliance with California’s restrictions on such devices.

Beyond being safer in general, driverless autos could provide more transportation freedom to non-drivers, such as the elderly or disabled, say proponents. Google is road-testing a driverless car that doesn’t even have an interior steering wheel.

Cruise’s technology isn’t there yet — it requires a driver at the wheel. It’s designed to ease the driving experience and help people avoid mistakes that lead to collision, rather than to do all the driving automatically.

“Google is taking on some of those hard problems like people with a lack of mobility,” Cruise CEO Kyle Vogt told TechNewsWorld, “but we’re kind of starting from the opposite end, helping people who maybe get stuck in traffic and building on that. We see ourselves tackling those hard problems several years down the road.”

One of the company’s biggest challenges will be winning consumer approval and trust, Vogt acknowledged. Giving up even a little control of a vehicle can be a scary thing, and an established brand like Google might have an easier time getting people on board.

That attitude is understandable, said Vogt, which is one of the reasons Cruise unveiled the RP-1 so early.

“We are working to earn our consumer’s trust by doing plenty of demos, being transparent about what we’re doing with testing, and bringing in third-party testers,” he noted. “We wanted to announce this well before we launched the first prototypes, so that we could have time to win confidence.”

That’s a smart startup branding strategy, said Alain Kornhauser, professor of operations research and financial engineering at Princeton University, and director of its Transportation Program. It is a great way to get people talking about the potential of a quality product.

“The challenge is trust. It may take a little while, but I’m sure that they’ll brand their message so people will trust them more than GM,” Kornhauser told TechNewsWorld. “There is a substantial base of drivers that would love to take their hands off the wheel some of the time. This has the opportunity to go viral. If not this effort, it could lead to others sprouting out around it.” 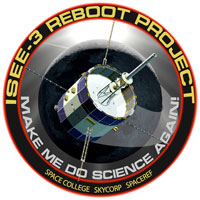