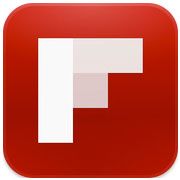 After launching as a mobile-only app for tablets and smartphones, Flipboard has landed on the desktop and made its way to the Web.

Originally designed for the iPad when it launched back in 2010, Flipboard lets users create their own digital magazines from stories in the news. It used to be, however, that the only people who could view and browse those creations were other Flipboard users on mobile devices.

Now, however, the new Web functionality announced on Tuesday lets desktop users view Flipboard magazines as well. So, when Flipboard users share their magazine creations via email or social media, anyone who clicks on the resulting links can read them.

The Web magazines are supported in desktop browsers IE9+, Safari, Chrome and Firefox in 11 languages, including English, Japanese, Chinese, French and German.

Flipboard’s Web magazines are tailored to desktop browsing while still preserving Flipboard’s characteristic look and feel, the company says. Each magazine has an expansive, full-bleed cover, and pages can be “flipped” from left and right, just as they can on mobile devices.What desktop users can’t do yet, however, is create their own magazines.

“We’re taking a very first step towards bringing Flipboard on the desktop by making the curated magazines available on the Web,” Flipboard spokesperson Christel van der Boom told TechNewsWorld. “You’re now able to flip through all those magazines that people shared on Twitter, Facebook and elsewhere from pretty much any device.”

More functionality is expected to be added in the future.

‘The Power of Sharing’

The ability to create and share curated magazines was introduced in March. While many magazines have been created by users, Flipboard is looking for ways to grow consumption.

“Passionate people share content they are interested in with friends, family and their wider networks,” Crandall explained. “Enabling Flipboard magazines for the Web is the next step in generating audience for Flipboard content creators. It’s hard to see a downside to the tactics of making Flipboard available to non-registered readers.”

Indeed, a Web version opens up new possibilities, including larger and more expansive versions of magazines.

“People who have both mobile and laptop/desktop devices have more opportunities to engage with Flipboard content wherever they are, presumably increasing loyalty and affinity to the service Flipboard provides,” he added.

‘A Resurgence of Interest’

In today’s mobile era, it’s not uncommon to hear the death of desktop computing proclaimed. Yet this week alone we’ve seen not just Flipboard move in that direction, but also eBay, which has made its same-day, eBay Now service available to desktop users after an initial mobile-only introduction.

“Given the range of platforms from which we’re seeing users digest content — not just mobile but hybrid Web devices like Chrome OS and Firefox OS,” Chris Silva, industry analyst at Altimeter Group, told TechNewsWorld, “we’ll likely see a resurgence of interest in Web-based tools and content as resource-strapped developers and content providers seek to reach the widest possible audience, which at present is very fragmented.”